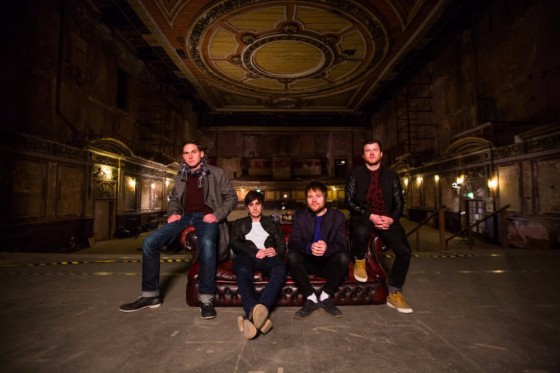 ENTER SHIKARI will return to Australia this September to sweep your mind and assault your senses on a five-date tour around the country with support from fellow UK band Hacktivist and Sydney’s Stories.

Pre-sale tickets will be available through www.entershikari.com from 10am, May 4, 2016.

My Live Nation members can also be among the first to secure tickets during the pre-sale commencing tomorrow. For complete tour and ticketing details, visit: livenation.com.au.

Enter Shikari are one of the most exciting live bands on the planet right now and their exhilarating live show was a sight to behold on their last Australian trek in 2015. Since forming in school, Enter Shikari have amassed well over 1500 live shows to their name, selling out prestigious venues in Australia and overseas such as the much missed London Astoria, Camden Roundhouse, Brixton Academy, Hammersmith Apollo, New York’s Irving Plaza and LA’s Roxy; as well as commanding many festival stages around the globe, including those on Soundwave 2012.

Building a career on doing their own thing, Enter Shikari have charged light-years ahead of their contemporaries with their wild experimentation and complete disregard for genre boundaries. Their last album, 2015’s The Mindsweep, received universal acclaim, with Alternative Press hailing it as “the best album of Enter Shikari’s already impressive career. Yes, it’s that good”.

Joining Enter Shikari will be fellow UK citizens HACKTIVIST. Born out of a studio jam between guitarist / producer Timfy James and MC J Hurley in late 2011, Hacktivist fuse the groove, attitude and brutality of metal, grime, hardcore and hip-hop to create a unique sound that has excited and divided audiences. Their debut self-titled EP was lauded by the likes of Metal Hammer, Rock Sound and Kerrang!, and even found its way to hip-hop publication Insomniac and went as far as The Guardian. Hacktivist went on to dominate main stages at Sonisphere, Rock Am Ring / Im Park in Germany, Download, T In The Park and Reading / Leeds festivals and they were last seen in Australia on Soundwave 2014. Earlier this year, the boys released their debut album via UNFD worldwide, which features a cameo from Enter Shikari frontman Rou Reynolds that will slay live.

Sydney’s Stories took the heavy music world by surprise when they dropped their top 50 ARIA chart debut last year, and since then the young band have cemented their reputation as an exceptional live band. Their last Australian headline tour saw sold out signs on box offices at all but one show.

TICKETS ON SALE 11AM THURSDAY MAY 5