El Grande is the little pub-stival that could. Through a tough ticket sales climate, larger festivals falling over, regional events becoming scarcer and scarcer, it keeps coming back. 2016 sees the festival take on a distinctly rock, prog, punk and metal vibe and a stellar lineup of Australia’s raddest.

Festival Organiser Nathan Bedford couldn’t be more excited with the announcement. “Honestly, we had to shift gears this year for the event. We went large in the previous years and this year, we really wanted to provide something for the punters that is affordable and reasonable, while also being a mind-blowing experience of non-stop music for the events. I reckon we’ve definitely hit that mark.”

Tickets go on sale today, Wednesday 13th January for the 11th and 12th March. All tickets are 18+ and are available at elgrande.oztix.com.au. Physical tickets will also be on sale in Gladstone at the Grand Hotel. More information on how to get tickets, as well as lineup information at elgrandefestival.com or at facebook.com/thegrandfestival.

TICKETS ON SALE at ELGRANDE.OZTIX.COM.AU 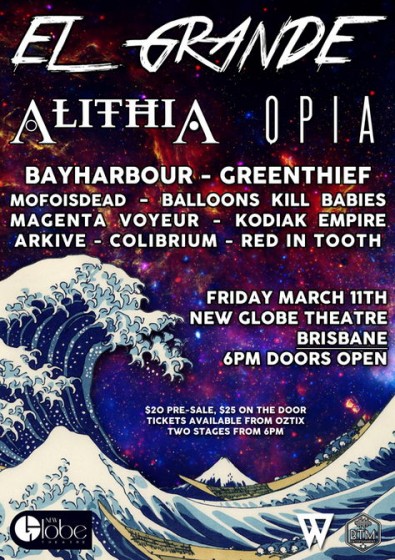