Spectacles Fashion (1950s). A lovely item on how glasses can be fashionable and glamourous plus tips on choosing the right pair of specs in terms of frame colour and shape for a woman’s face. Some sensational glasses are modelled. Filmed in 1955.
END_OF_DOCUMENT_TOKEN_TO_BE_REPLACED

On This Day: July 3, 1971
James Douglas “Jim” Morrison (December 8, 1943 – July 3, 1971) was an American lead singer and lyricist of the rock band The Doors, as well as a poet.
Jim Morrison would often improvise poem passages while the band played live, which was his trademark. He was ranked number 47 on Rolling Stone’s “100 Greatest Singers of All Time” and is widely regarded, with his wild personality and performances, as one of the most iconic, charismatic and pioneering frontmen in rock music history.

Source and detailed information at Wikipedia

END_OF_DOCUMENT_TOKEN_TO_BE_REPLACED

life, news, On This Day

Splendour In the Grass, is as its name suggests and a culmination of some of the best local and international acts the current mainstream music scene has to offer. Selling out in record time… four months before the gates crashed open on a feature of the most sought after bands on the international circuit; and turning the page on it’ first decade amidst the front line of dramatic competition that encompasses the Australian festival rotation, the Splendour team were proud to announce that for 2010… the overwhelmingly ecstatic crowds could grace Splendours presence in the outlandish setting of Woodfordia, better known as the home of the Woodford folk Festival.
END_OF_DOCUMENT_TOKEN_TO_BE_REPLACED

SYDNEY, Aust., 16th February 2010 – SURFit is a new iPhone app from SURFit.com featuring the famous beaches of Sydney Australia in a world-first, fun, interactive experience where you can control LIVE HD surfcams, optimized for 3G on your iPhone.

What makes this app so hot?
END_OF_DOCUMENT_TOKEN_TO_BE_REPLACED

You won’t find this restaurant in your Good Food Guide. In fact you will find very few references to it anywhere outside of its own blog.

Our experience.
After months of trying, we were fortunate enough to be given the seats of a last minute cancellation on Friday night. We arrived at about 7pm to allow us some time to have a drink at their bar Sticky and to suss out the wine options. The low-key entrance was via a quiet back alley in Surry Hills – in what felt like the loading entrance to a cool room. A piece of paper was stuck on the door “SMS the following password and wait patiently for entry. Password = Turtle”….
END_OF_DOCUMENT_TOKEN_TO_BE_REPLACED 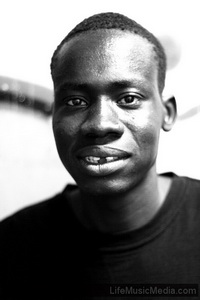 For many reasons, tonight’s offering is nothing short of spectacular. This is theater at its rawest and most natural without the star attitude. The performers are not paid actors, nor are they trained or would they be considered seasoned professionals. Karalbo is a collaboration between several well know Brisbane artists and youths from various cultural backgrounds trying to find their place in an ever-changing society. The motivation behind this project was to present, if only to a few, a stage and an audience to express valuable stories and somehow come to grips with the duality that invariably comes when you are born and raised within a cultural construct and grow up within another predominant cultural construct that will, try as it may, always see you as an outsider.
END_OF_DOCUMENT_TOKEN_TO_BE_REPLACED