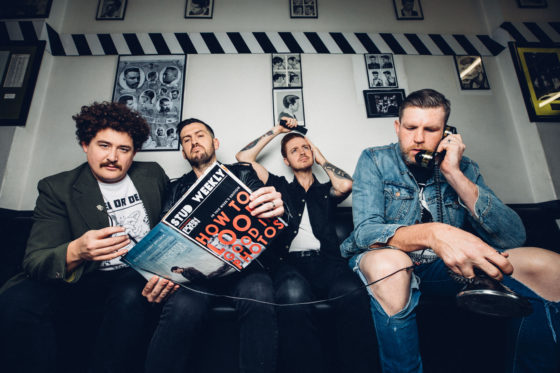 Not being a band that can rest on their laurels for long. These gentlemen of rock got back into a creative space and have nailed it with the new single ‘Bigger Than Jesus’. This track comes out swinging like King Kong’s nether regions!

With engineering from Jason Blackwell (Midnight Oil, The Hard-Ons) and mixing and mastering from Forrester Savall (Karnivool, Shihad), the result is a super high energy and frenetic party anthem from a band seeking to escape their demons.

“This song came after a very tough period for the band. I think there was a collective sense of wanting to just get back to having fun and when we got back in the jam room this is what came out.” – John Bowker (Vocals / Guitar)

The band has also curated their own series of mini-festivals – ‘Bigger Than Jesus Fest’ – coming to Sydney, Wollongong and Melbourne in February 2019. The line up boasts acts such as Rick Dangerous and the Silkie Bantams, Jonesez, Dropping Honey, Fait Accompli Whispering Jackie, Ess-Em and a 10 year reunion set from Sydney’s Bitchslap.