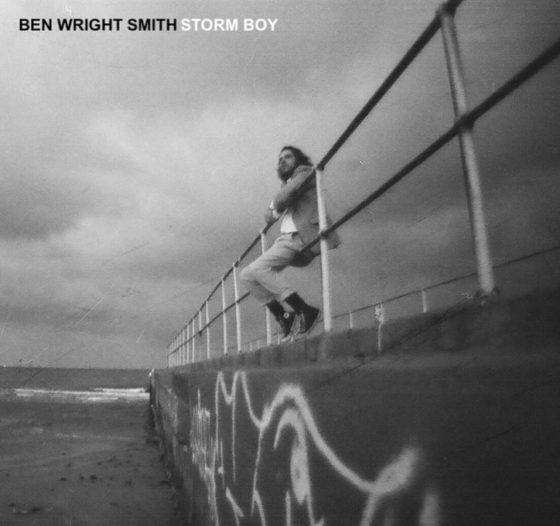 Employing some rich 70’s guitar sounds with the uplifting, harmonic vocals that have marked releases through his career ‘til now, Ben Wright Smith has returned with brand new single ‘STORM BOY’. The Melbourne songwriter has been a strong favourite with live music fans over the years and as a recording artist, he has made waves both in Australia and overseas too – his songwriting has continued to flourish off the back of his acclaimed 2017 debut album ‘The Great Divorce’.

In ‘Storm Boy’, Wright Smith further explores an indie folk landscape tinged with rich Americana notes and a depth in musicianship that has seen the likes of Holy Holy and Phoebe Bridgers catapulted onto the radars of tastemakers and radio heads enthusiastically.“The storm must go on…” Wright Smith croons as guitar and percussion whip up around his vocals that are quick to envelop the listener in instant warmth and embrace.

‘STORM BOY’ has arrived at just the right time, as The Great Divorce continues to enjoy great airplay internationally on renowned College Radio circuits through the United States. Cracking the Top 30 Charts on stations from New Jersey to San Diego, through Texas and the US mid-west, the reach Wright Smith has managed to garner with one sole record of music has been impressive to say the least; the impactful nature of his songwriting that has so obviously connected with Australian audiences yielding the same result with Americans, with rotation on over 20 stations.

For the troubadour, inspiration for new music following on from the mammoth effort that was The Great Divorce came with a clearer idea of who he wanted to be as an artist. The expansion of ideas following an extensive run of shows around the country brought with it maturity and creative growth, a growth the listener can hear distinctly on ‘STORM BOY’. “I was looking out over Magnetic Island and some dark storm clouds began to gather on the horizon over the island. The song itself isn’t about Magnetic Island per se, but it got me thinking about an island society preparing for a big storm. I liked the idea and began thinking about it all the time. I think maybe being in the uncertain times we are in, it worked as an allegory to what was happening around me. By the time I returned, I had a bunch of songs inspired by similar ideas and it seemed like the embryonic form of an album. I hadn’t really anticipated starting a new project straight away, but it felt like we were onto something, so we hit the studio pretty much right away.” – Ben Wright Smith

Spending most of 2017 on the road, first supporting Pete Murray on 30 date plus tour, before embarking on a massive headline tour of his own that extended to 45 shows throughout the regional areas, Wright Smith has stepped out of the shadow of being one of Australia’s most exciting newcomers. Now, with ‘STORM BOY’, he further establishes himself as a formidable card in the deck of creatively thriving songwriters who are reshaping the Australian songbook in a bright new vision for 2018. Wright Smith will be launching ‘Storm Boy’ August 24th with more dates to be announced.