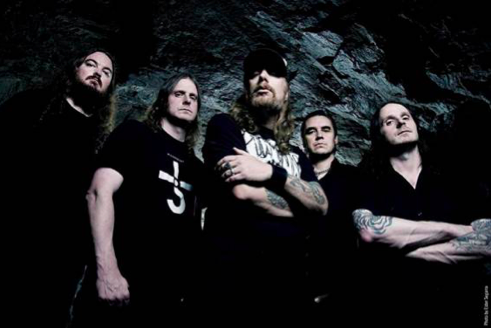 Swedish melodic Death Metal pioneers AT THE GATES continue to make waves wither their highly acclaimed comeback album “At War With Reality”, released at the end of last year via Century Media Records.

Now, AT THE GATES are debuting a promotional video for the song “The Book Of Sand (The Abomination)”, created by Costin Chioreanu, who was already responsible for the challenging artwork concept of “At War With Reality” as well as the creation of the animated video for the song “Heroes And Tombs”. “The Book Of Sand (The Abomination)” is composed by live-footage shot at the recent Rockstadt Extreme Fest in Romania on August 15th, 2015 and the band commented on the clip as follows:

“The Book Of Sand (The Abomination)” was filmed by our dear friend Costin Chioreanu and his team at Rockstadt Extreme Fest in Romania, August 2015. Costin has been a huge part of “At War With Reality” every step of the way. He did the magnificent album art & artwork as well as the impressive animated video for “Heroes And Tombs”. Now, he captures the magic of our visit in Romania a couple of weeks ago. A festival situated on the grounds of Transylvania. “The Book Of Sand (The Abomination)” was actually the first song written for the new album and contains elements from our entire musical history. Enjoy the brand new video from Costin!!” – Anders Björler / AT THE GATES

Check out the video here: https://youtu.be/I6cMVf1cXPU

At The Gates Australian Tour Dates: 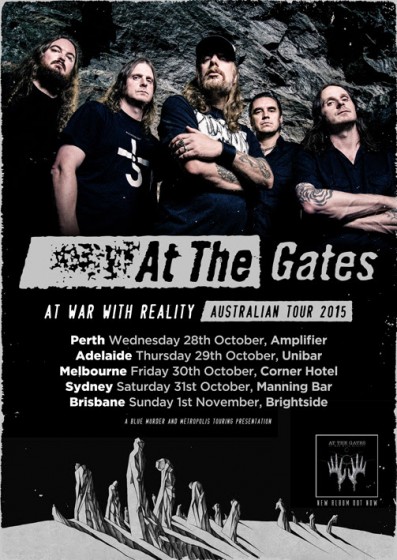