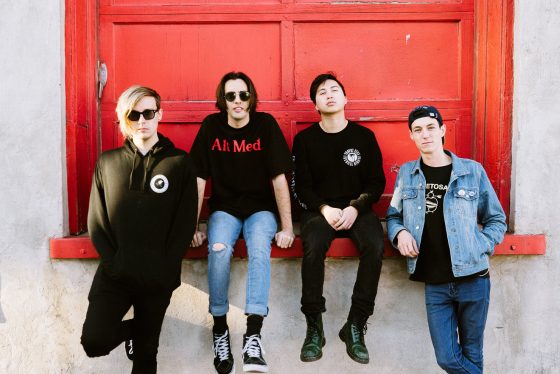 Sydney’s With Confidence have announced they will be heading out on their only headline tour of Australia in 2017 this August. Joining them on home soil will be Seaway (Canada) and WSTR (UK).

After a wildly successful 2016 that saw With Confidence drop their debut album, Better Weather, which landed at #22 on the ARIA Album Chart and as well as #30 on the Top New Artist and #11 on the Alternative New Artists Charts in the US, the boys also played their very first Vans Warped Tour and scored a highly covered support slot on the 5 Seconds of Summer Australian tour.

With Confidence will return to Australia this August hot off a US tour with State Champs, as well an appearance on Slam Dunk Festival in the UK where the band have also been wowing audiences at their own sold out headline shows and and landing on the cover of Kerrang! and Rock Sound magazines.

Canada’s Seaway is a five-member band that makes exuberant punk-pop and emo-rock. Formed in Ontario in 2011, Seaway recorded several EPs before putting out their debut full length Hoser in 2013 and follow up Colour Blind in 2015. The band have clocked up the kilometres with the likes of The Wonder Years, Moose Blood, Real Friends and will make their Australian debut with With Confidence this August.

Hailing from the Liverpool, WSTR enjoyed a very swift rise in the UK pop-punk scene, landing a record deal before they had even played their very first show. WSTR released their debut album Red, Green or Inbetween in January 2017, which takes its cues from scene veterans Blink 182, Sum 41 and New Found Glory.