Hurley (pop culture reference: Hurley is a character from that long running TV series, Lost, played by Jorge Garcia, whose face it is that fills the album cover) is the eighth album for the group. Hurley is introduced in straight up and down pop style on tracks ‘Memories’ (first single) and ‘Ruling Me’, which takes the pop antics of the sixties and mikes through post millennial lyrics and geekdom, though never allowing these new elements to override essential sweetness.

Later tracks are quirkier and more of the earlier Weezer sound comes through. ‘Where’s My Sex?’ uses the word sex but treats it like a lost object, like a wallet or your right shoe or perhaps…socks? This is kind of funny, pop punk lyrical style. ‘Smart Girls’ also contains pieces of their earlier sound in the tempo and lyrics, which will please fans who liked the old stuff better than the new stuff.

Stand out tracks were ‘Unspoken’, which starts off acoustic and maintains a pared back approach to instrumental support throughout, focusing on strong lyrics and a good chorus hook, and ‘Represent’ which forms part of the deluxe-bonus-edition extra tracks. ‘Represent’ pays homage to the early cited influences of Nirvana and The Pixies, using grungy guitars but still maintaining fresh pop sounds and ending on a great mini orchestral closer.

Hurley is a good album. It’s got quirky bits, it’s got poppy bits, it’s plenty of sweet. It’s not quite as ‘happy’ as their heyday offerings, but its still a solid indie record, a record with enough sly workings in of the sound that shot them to early career success to satisfy.

Search for more article by this author… 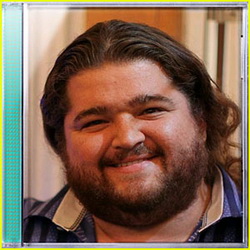