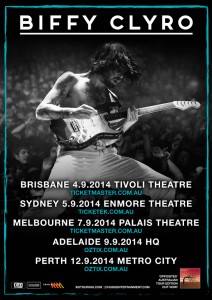 Scottish rock band, Biffy Clyro, have announced that they will return to Australia in September for a national headline tour. Having just finished touring on Soundwave Festival with two SOLD OUT headline shows in Sydney and Melbourne, punters should move quick to see the band in all major cities.

Biffy Clyro have firmly established themselves as one of the biggest bands in the UK following the amazing success of their current album Opposites – which debuted at #1 in the UK and #22 in Australia. The album features radio hits Black Chandelier, Biblical and Sounds Like Balloons. The band just released an exclusive Australian Tour Edition of Opposites to support their recent appearance on Soundwave 2014. The tour edition is a 2CD pack including the standard version of Opposites plus ‘Opposites – Live From Glasgow’ featuring tracks from Opposites as well as Biffy classics – Mountains, Many Of Horror and Living Is A Problem Because Everything Dies.

Biffy Clyro’s live chops are well established internationally, having headlined the infamous Reading and Leeds Festival in the UK last year as well as collecting a slew of awards in 2013 – including Best Live Band (Kerrang Awards), Best British Band (NME Awards) and Best album for Opposites (Q Awards) to add to those won in previous years. They were also recently announced to headline the legendary T In The Park and Isle Of Wight Festivals.

Australia, get ready to ‘Mon The BIFF’ ! 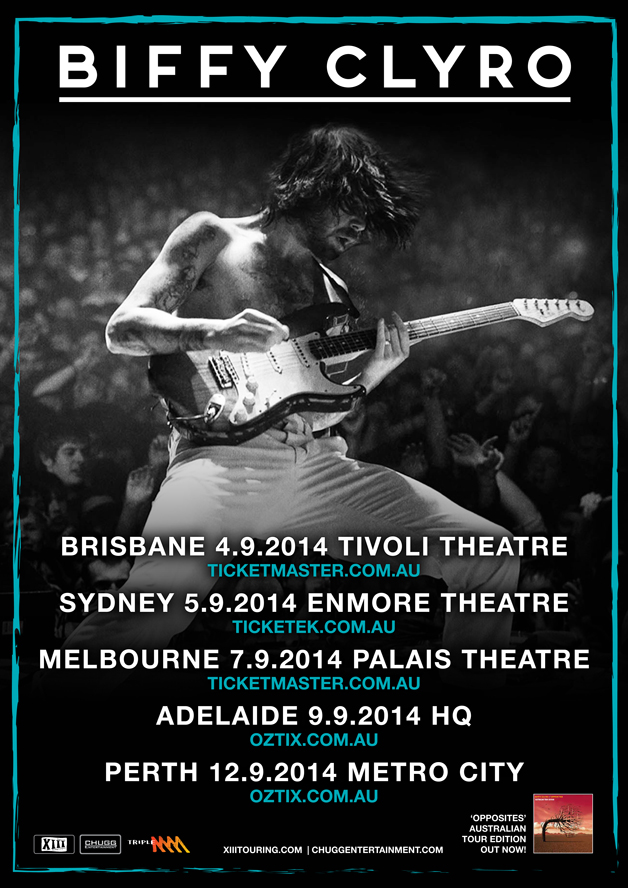