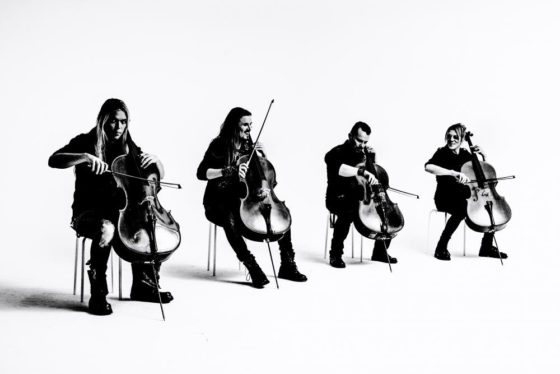 Arguably one of the most unique and captivating metal bands on earth, Apocalyptica have today announced their anticipated return to Australian shores! Presented by MJR Presents, the four-piece cello outfit are returning to play the biggest rooms they have ever played in Australia. Tickets for Apocalyptica’s Australian tour go on sale at 10:00am AEDT, Tuesday 26 March, 2019 at MJRPresents.com.

Having previously sold out solo runs around Australia, and surprised fans on the 2015 Soundwave Festival tour, the Finnish ‘cello metal’ group will return to Australia in September, for two brand new shows at some of the country’s most prestigious halls; the brand new The Fortitude Music Hall in Brisbane, the iconic Sydney Opera House and Melbourne’s Hamer Hall.

The Finnish, cello-driven rock opus, who changed the landscape of both heavy and classical music for years to come with the release of their 1996 album “Plays Metallica by Four Cellos”, have built a reputation for incredible live shows, which consistently blurs the line between metal, classical, theatre and rock-opera. To celebrate the 20th Anniversary of the album, the group re-released it, remastered with 3 bonus tracks on July 22, 2016. Added to this new version were brand new / never-before-released instrumental recordings of “Battery,” “Nothing Else Matters” and “Seek & Destroy.”

Tickets for Apocalyptica’s Australian tour go on sale at 10:00am AEDT Tuesday 26 March, 2019, Via MJRPresents.com.

Tickets for Apocalyptica’s Australian tour go on sale
10:00am, Tuesday 26 March, 2019 at MJRPresents.com 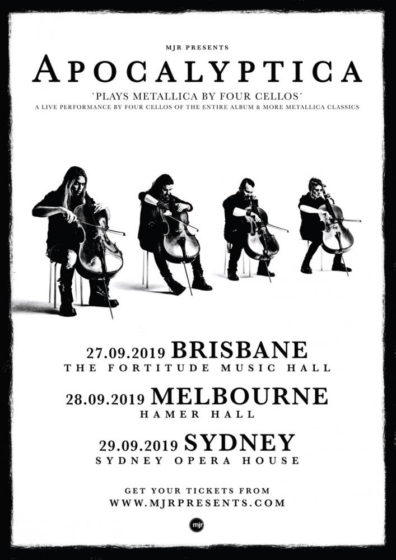