ALL STAR CAST OF AUSTRALIAN TALENT ADDED TO THE BACARDI EXPRESS TOUR 2010
Check out the Photo Galleries of The Bacardi Express Show @ The Tivoli, Brisbane 25 March 2010:
LA ROUX and CASSETTE KIDS

The BACARDI EXPRESS, an iconic 1960’s train, will take the bands on a rock and roll journey from 25th – 27th March 2010, stopping off to play exclusive concerts along a new route in Brisbane, Coffs Harbour, Newcastle and the final destination of Sydney.

Mixing travel, live music and good times has long been a BACARDI tradition. Back in the 1920’s, the BACARDI family would invite top Cuban musicians to ride in the back of their convertibles and drive around Havana igniting impromptu street parties. The BACARDI EXPRESS is a modern interpretation of this tradition with talented musicians jamming, living and partying together for 48hrs under one roof. With its fifteen bespoke carriages and a host of onboard entertainment including a jamming carriage, gaming carriage and a “Made to Mix” carriage, the creative juices are set to flow with the performers both on and off the stage. Expert bartenders will serve everyday classics like the BACARDI Cuba Libre and the Original BACARDI Mojito™ – everything needed to keep the music magic happening!

With nearly 100 fans, cooks, bartenders and crew packed into fifteen carriages on the BACARDI EXPRESS, it’s no surprise the bands joining La Roux on the 2010 tour can’t wait to find out what happens on board;

· ARIA nominated Sydney outfit and Triple J Unearthed winners Art vs Science: “We’ve heard the catering is really good on the train, bring on the fun!”

· Two Years since they hit the music scene, Brisbane’s hot rockers Yves Klein Blue have their debut album on the streets and have just returned from a whirlwind UK tour: “Jam room, bars, being locked in close proximity with a bunch of other musicians for 48 hours – it’s just a unique touring experience, we can’t wait to get on the BACARDI EXPRESS.”

· Melbourne’s finest remixer Miami Horror who has re-crafted the likes of The Presets, Pnau and Bloc Party and has most recently performed a killer set at Falls Festival: “Out of this whole experience we’re probably most excited to be hanging out with the other bands, it’s a great chance to collaborate and muck around in the jam room.”

· Electro stars and Triple J Unearthed winners Cassette Kids: “Being part of BACARDI EXPRESS 2010 is so exciting for us. Our friends The Lost Valentinos played last year and they said they had the best time!”

· Completing the line up is Brisbane based star-on-the-rise DJ Sampology, one of the country’s most talented, technically proficient and versatile DJs / producers. Sampology will be bringing his “Super Visual Disco Party” show to the BACARDI EXPRESS concerts, a cutting edge A/V show that chops and cuts both audio and video in perfect harmony over the speakers and onto screens.

“With two successful years tucked under our belts, we know that it all comes down to the mix of bands, genres, personality and most importantly stamina for this 48 hour adventure that is the BACARDI EXPRESS” says Fernando Navarro, Senior Brand Manager at BACARDI. “We are thrilled with the 2010 line up and cannot wait to share this unique experience with them – jamming, sleeping, eating together and everything in between, it’s going to be a great tour!”

Want to get on board and join the bands too? There are 12 seats up for grabs on the BACARDI EXPRESS train. Tickets to the BACARDI EXPRESS concerts are FREE* and online registration opens on 10th January 2010. To find out how to get involved go to www.bacardiexpress.com.au.

*Concert tickets to the BACARDI EXPRESS concerts are limited. Although free, consumers must register at www.bacardiexpress.com.au from 10 January 2010 (over 18s only).

Note: Ensure you use a valid email address as the winners will be notified by email on the 19th March 2010.
It ’s that simple!

Conditions of Entry
1. Entry to this giveaway is for people 18 years of age or older.
2. Winners will be notified by email.
3. Winners will be determined by LifeMusicMedia. All entries become the property of LifeMusicMedia.
4. No correspondence will be entered into and the prize is not transferable or redeemable for cash.
5. By entering any LifeMusicMedia giveaway, if you are not already a LifeMusicMedia subscriber you give permission to be included as a new LifeMusicMedia subscriber. Note: subscription is free and you may unsubscribe at anytime.
6. This double pass giveaway is for one(1) double pass per winner, to the following Bacardi Express show:
* The Barcardi Express show at The Tivoli, Brisbane on Thursday March 25th 2010 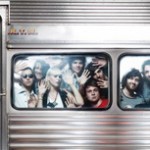