The Black Keys return to Australia off the back of their successful 8th full-length album Turn Blue.

As part of the Turn Blue World Tour, the band will perform in Sydney, Melbourne, Perth and Adelaide. They will also headline Bluesfest Byron Bay and will be the first artists to play at the inaugural Rolling Green events, from A Day On The Green promoter Roundhouse Entertainment, at wineries in Victoria’s Yarra Valley and the Hunter Valley NSW.

The tour celebrates the duo’s success with Turn Blue, which debuted on both the Billboard 200 and ARIA Charts at Number 1 and is the band’s highest charting album to date internationally. The album debuted in Top 5 and Top 10 charts worldwide with the first single “Fever” sitting at the top of radio lists. Their latest single “Gotta Get Away” can currently be heard on the airwaves.

Of the album, the band says Turn Blue could refer to:

A: Suffocation
B: Sadness
C: Numbness from extreme cold
D: A Cleveland late night TV host from the 1960s named Ghoulardi
E: All of the above

Carney also adds, “We are always trying to push ourselves when we make a record—not repeat our previous work but not abandon it either. On this record, we let the songs breathe and explored moods, textures and sounds. We’re excited for the world to hear Turn Blue.”

This will be the 8th tour to Australia for The Black Keys who first graced our shores in 2003. Don’t miss the all new live show from one of the world’s hottest rock n roll bands! 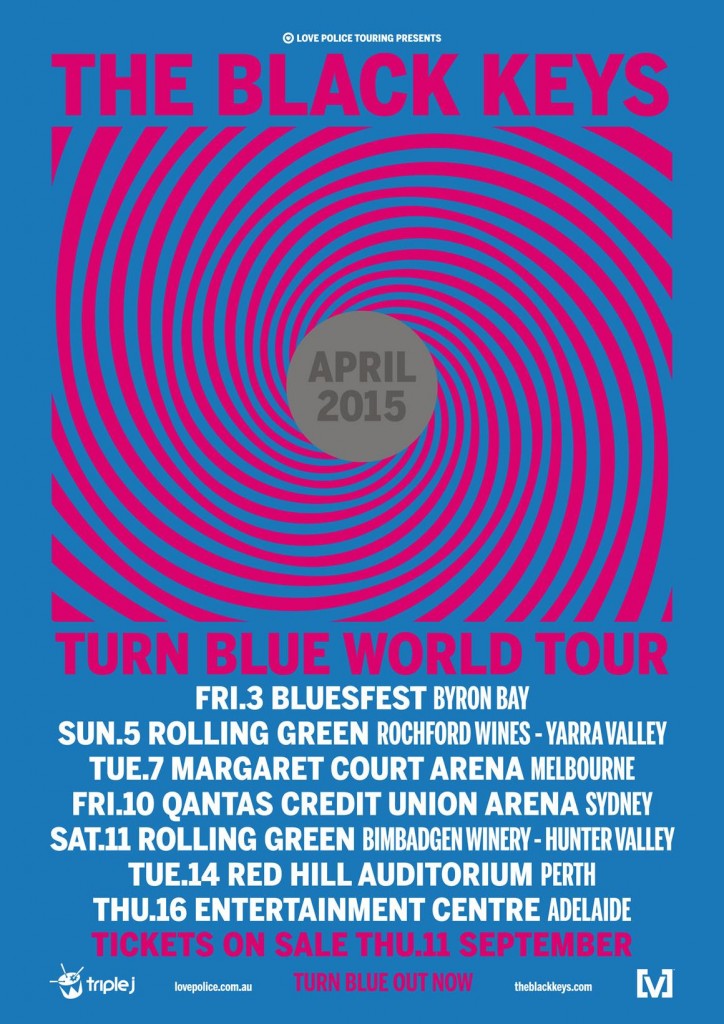