Timed to coincide with the arrival of Queensland’s strongest fashion season ever, MBFF will feature an exciting array of the best local, national and international design talent, events and parades and be completely accessible to a rapidly growing audience. END_OF_DOCUMENT_TOKEN_TO_BE_REPLACED

The Mercedes-Benz Fashion Festival Brisbane has once again positioned itself as the most prestigious fashion event in Queensland. With an unprecedented number of designers and retailers applying to participate in the festival, this year the program promises to be more exciting than ever before, and is tipped to be the most successful to date.

Premier Anna Bligh said the Queensland Government was thrilled to once again partner with Mercedes-Benz Fashion Festival, which is now in its fifth year.

“The Mercedes-Benz Fashion Festival plays a major role in showcasing Queensland’s emerging and established designers to both consumers and the media,” she said.

“Queensland design leaders like Easton Pearson, Pistols at Dawn and Gail Sorronda are leading the way on the world stage. END_OF_DOCUMENT_TOKEN_TO_BE_REPLACED 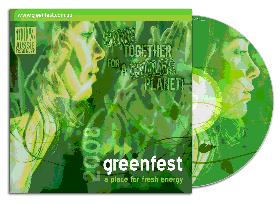 Jam packed with 100% original Australian emerging musicians, the Greenfest Music Festival is all about giving great new talent a go.  The free music festival includes a line up of the hottest promising local musicians of all genres including:

…and many more listed at http://www.greenfest.com.au/music_festival

The music will be over two stages on the hour; Green Heart Stage and Good Vibes for you Stage on:

For full schedule of performances at the Greenfest Music Festival, visit http://www.greenfest.com.au/music_festival

All of the musicians have given in some way, to help Greenfest get off the ground in its first year. All sessions are free, so come and support great new artists whilst expressing your love of mother earth!

For more information on all the Greenfest acts visit www.greenfest.com.au
END_OF_DOCUMENT_TOKEN_TO_BE_REPLACED