Frontier Touring are delighted to welcome multi-platinum selling vocal sensations Pentatonix back to Australia this September for their most extensive tour of the country to date. The World Tour will also see the a cappella quintet perform their first ever New Zealand show at Auckland Town Hall.
END_OF_DOCUMENT_TOKEN_TO_BE_REPLACED 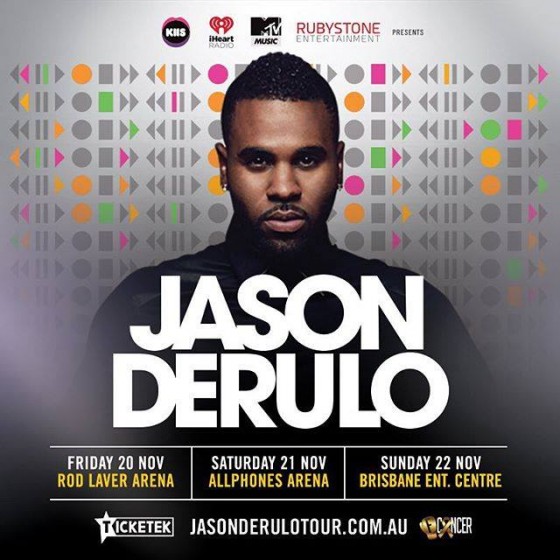 For the third consecutive week, an Aussie act tops the ARIA Album Chart, with The John Butler Trio racing to #1 on debut with their new album “April Uprising”. It is the third number one album of Butler’s career, following the success of “Sunrise Over Sea” in March 2004 and “Grand National” in April 2007. Train continues to dominate the ARIA Singles Chart this week, with the platinum smash “Hey, Soul Sister” holding for a third consecutive week at one and topping the ARIA Singles, Physical Singles and Digital Track Charts simultaneously for a second time.

Kevin Rudolph enjoys a second Australian top 10 single as “I Made It (Cash Money Heroes)” featuring Birdman, Jay Sean and Lil Wayne debuts at #4 on the ARIA Singles Chart, following on from the massive success of “Let It Rock”, which peaked at #3 early last year. In its sixth week in the top 20, “I Like That” from Richard Vission & Static Revenger featuring Luciana finally cracks the top 10, moving up from 17 to 7 this week. “Nothin’ On You” from B.o.B. (featuring Bruno Mars) races up 11 places to #14, followed by Florence + The Machine, reaching a new highpoint of #17 with the infectious hit “You’ve Got The Love”. Miley Cyrus also experiences some strong forward momentum, going from 38 to 28 with “When I Look At You”. Top 40 debuts this week are headed by Sean Kingston featuring Justin Bieber with “Eenie Meenie” at #30, Chiddy Bang with “Opposite Of Adults” at 36 and The John Butler Trio with “Close To You” at 38. The John Butler Trio also features at #40 with “One Way Road” re-entering the top 40 after twelve weeks in the chart.

Homegrown brother and sister duo Angus & Julia Stone hold at the top of the ARIA Album Chart for the second week straight with their Gold certified, sophomore release “Down The Way”, as they make their way around the country on tour. The boys from Train also maintain their chart topping run, chalking up a second consecutive week at the top of the ARIA Singles Chart with the catchy tune “Hey, Soul Sister”. The track also remains in peak position on the ARIA Digital Track Chart.

Jumping six spots to No.3 on the ARIA Singles Chart this week is Lady Gaga’s hit single “Telephone” (featuring Beyonce), which has generated commentary around the world with its extraordinary video clip. The Black Eyed Peas claim their thirteenth Australian top 10 single, as the former US number one smash “Imma Be” climbs five spots to No.7, while Justin Bieber’s “Baby” (featuring Ludacris) moves from No.18 to 13. Local pop darling Gabriella Cilmi continues to climb the chart, racing up ten spots to No.16 with “On A Mission” as “Nothin’ On You” from B.o.B. (featuring Bruno Mars) claims a No.25 debut. “Halfway Gone” from US rockers Lifehouse jumps eight spots to No.30 in its second week on the chart, while “Some Of The Places I Know” from Perth lads Gyroscope and “When I Look At You” from Miley Cyrus score top 40 debuts, coming in at No. 32 and 38 respectively.