END_OF_DOCUMENT_TOKEN_TO_BE_REPLACED

Splendour In the Grass, is as its name suggests and a culmination of some of the best local and international acts the current mainstream music scene has to offer. Selling out in record time… four months before the gates crashed open on a feature of the most sought after bands on the international circuit; and turning the page on it’ first decade amidst the front line of dramatic competition that encompasses the Australian festival rotation, the Splendour team were proud to announce that for 2010… the overwhelmingly ecstatic crowds could grace Splendours presence in the outlandish setting of Woodfordia, better known as the home of the Woodford folk Festival.
END_OF_DOCUMENT_TOKEN_TO_BE_REPLACED

END_OF_DOCUMENT_TOKEN_TO_BE_REPLACED 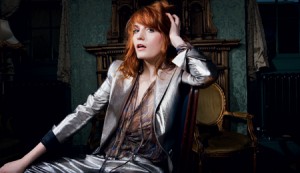 It’s hard to believe it’s been 10 years since the little event called SPLENDOUR IN THE GRASS made its debut in Byron Bay. The mid winter event which consistently featured quality music acts alongside quirky arts and counter-culture was quickly embraced by music lovers. In the ensuing years SPLENDOUR IN THE GRASS has featured a spectacular collection of awesome artists from around the globe and has reached icon status, with tickets selling out within minutes of going on sale.
END_OF_DOCUMENT_TOKEN_TO_BE_REPLACED Due to unforeseen circumstances, UK outfit ECHO & THE BUNNYMEN will be replaced by Melbourne deities THE DIRTY THREE at the Brisbane Laneway Festival event this Friday.
The same circumstances force the band to reschedule tonight’s Sydney performance at the Enmore Theatre to Tuesday 2 February at the Metro Theatre.

It’s the final countdown. With the first leg of the Laneway Festival kicking off NEXT WEEK, we have a final round of announcements to make.
The Sydney and Melbourne dates sold out some time ago; outlets in Adelaide and Brisbane have sold out but you can buy the last remaining tickets via www.lanewayfestival.com.au; and all cities look to sell out pre-event. Get your tickets now etc.
END_OF_DOCUMENT_TOKEN_TO_BE_REPLACED

Here be the first official announcement of the St Jerome’s Laneway Festival 2010.
END_OF_DOCUMENT_TOKEN_TO_BE_REPLACED