It’s been a long time coming for fans of Finnish band Apocalyptica to finally catch the band on Australian soil for the first time in their 16+ year career – and it was well worth the wait.

As the band take to the stage to a roar from the local crowd, the first thing you must remember is to forget everything you know about ‘traditional’ metal bands and their sound. Apocalyptica not only redefines what makes a great metal band, but the manner in how the sound is achieved. 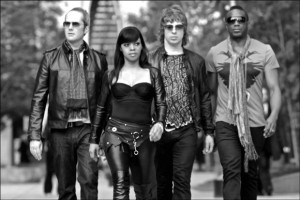 
LMM: Hi Andrew, you’ll be performing in Australia this September. What can we expect from your shows?

Andrew: Australia can expect a High Gloss performances from the funk/soul band that delivers like a rock band. A taste of some new material too…. Don’t worry all the hits you know and love will be on the set list as usual!


LMM: Do you have any special memories of past Australian visits?
END_OF_DOCUMENT_TOKEN_TO_BE_REPLACED

After three years in the US, Mia Dyson returns to Australia with her new album “The Moment”. We caught up with Mia as she prepares to kick off her national tour.


LMM: You’ve spent the last few years in the US, how was that experience?

MIA: It was everything from exhilarating, inspiring, adventurous, to lonely, scary, challenging. I have done a lot of growing up having been away from my comfortable, familiar Australian life.


LMM: For the uninitiated, how do you describe your sound/music?


LMM: I understand a fan funding campaign help get your new album “The Moment” up an running?
END_OF_DOCUMENT_TOKEN_TO_BE_REPLACED

Thursday night saw the return of SLASH to our shores as he kicked off his Apocalyptic Love Australian tour.

Leading the way on stage, charismatic Myles Kennedy greets the Brisbane audience closely followed by SLASH ringing out the first notes of ‘Halo’. ‘Nightrain’ and ‘Ghost’ follow and the nights direction is set firmly on a collision course with pure rock & roll… and the crowd’s loving it!

For fans wanting an onslaulght of riffage, SLASH was more than happy to oblige with standout moments throughout the entire set but special mention to’ Slither’, Godfather Theme and ‘Paradise City’.

Bassist Todd Kerns was also given center stage to expose his vocal skills and quickly riles up the crowd with a explosive and frenzied ‘Doctor Alibi’ and ‘You’re Crazy’, kicking the crowd into top gear.

But it’s Myles Kennedy; who has proved to be a valuable band member over the years, his vocal talents and showmanship complimenting SLASH perfectly; that keeps the Slash swagger and groove on course, delivering a stellar performance.

Finishing off the night with crowd favourite ‘Paradise City’, a shirtless SLASH gave the crowd his best Chuck Berry duckwalk, coupled with yet another display of his guitar prowess. And Myles made more than a few punters happy by jumping into the pit, getting up close and personal with some eager fans.

Slash is firmly cemented in the book of guitar legends and given his performance at Brisbane Riverstage on Thursday night he will continue to be high on our radars for many a year to come.

Click here to see all the photos from the night!

Encore:
By the Sword
Paradise City 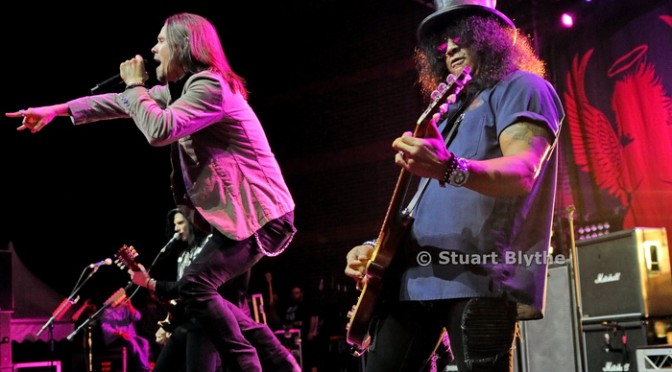 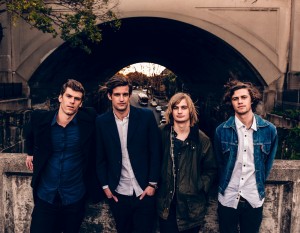 With a couple of successful singles under their belt, and a national tour about to kick off, we chat with Elliott Margin of THE RUBENS.

LMM: Having a group formed with your siblings, is there much rivalry between you?

Elliot: No not at all. Having spent our whole lives together we understand each other really well, what makes each of us tick. We’re great at knowing when to stick the knife in and when to back off.


LMM: What are the major influences for your music?
END_OF_DOCUMENT_TOKEN_TO_BE_REPLACED 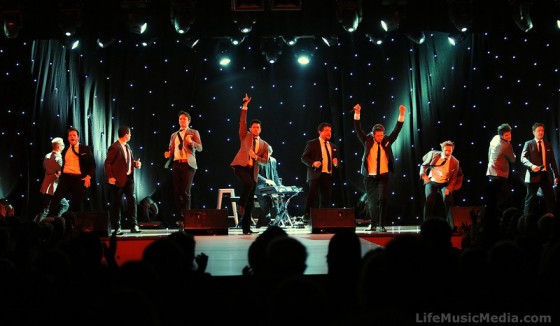 END_OF_DOCUMENT_TOKEN_TO_BE_REPLACED

Currently on his “An Evening With The Beautiful Girls” ten-year anniversary tour, Mat. McHugh took time out with Life Music Media.

LMM: You’re currently on your “An Evening With The Beautiful Girls” ten-year anniversary tour.
How’s the tour been so far?

Mat. McHugh: It’s been ok. 3 shows in. I’ve been trying to get my head back in the game. I haven’t played TBG songs for a little while so it’s all about getting the groove back at the moment.


LMM: It’s the ten-year anniversary tour but also a farewell to The Beautiful Girls moniker and stepping out as Mat. McHugh. Frightening or natural artistic progression?
END_OF_DOCUMENT_TOKEN_TO_BE_REPLACED

However, as the first few chords of ‘Quasar’ were played it became obvious for those who were there, that it would be a great show. Midway through Oceania, the more casual Smashing Pumpkins fans were getting impatient, with constant calls to play their old stuff. This only inspired the band to work harder, with Corgan visibly loving the opportunity to showcase the new record. Tracks like ‘The Chimera’ and ‘Pinwheels’ worked extremely well, with the former drawing the first large cheer for the night. Mention must be made of the image projection onto the giant sphere above the band as they played Oceania, it was a welcome addition that really gave an extra dimension to the songs that most weren’t too familiar with.
END_OF_DOCUMENT_TOKEN_TO_BE_REPLACED 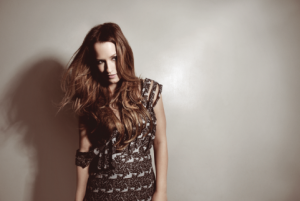 With Ingrid Michaelson visiting our shores for her sophomore tour this September *2012*, our Robert Pugsley asked Ingrid about her new album, television and what lies ahead.

LMM: So tell me about your new album Human Again – the writing process, the recording process, working with David Kahne and what you think of the final product?

Ingrid: David Kahne pushed me to really sing. He asked me why I never sang the way I sing live on recordings. It really sparked something in me and inspired me to write songs that vocally opened me up. And that in turn allowed me to open up in all other ways too. I am very proud of Human Again. I feel like I wanted to do something bolder and stronger and I did.


LMM: Human Again has charted well and has received positive reviews, E Weekly etc so are you happy with the reception it has received?

Ingrid: I try not to put too much value in reviews, positive or negative. I just want the people who buy my records and come to my shows to love it.
END_OF_DOCUMENT_TOKEN_TO_BE_REPLACED

LMM: Tell us a little about Red Revolver?

Red Revolver is a young Rock n Roll trio from Brisbane. Our sound is a mixture of many styles and has been described as ‘controlled chaos’. Red Revolver was started with a desire to get people dancing again, which makes our shows fun and energetic.


LMM: How would you describe your music?
END_OF_DOCUMENT_TOKEN_TO_BE_REPLACED 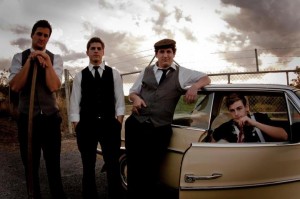 LMM: Tell us a little about The Vernons?

The Vernons officially formed in May 2011 with 3 members (Jonny, Andrew, James) from the Gold Coast, and one from Brisbane (Elliot). Jonny Nyst (Lead Singer) had been playing acoustic originals for a few years around the Gold Coast area, and the other members of the band came from playing covers gigs on the Gold Coast for our friends. When an opportunity came for Jonny to play an originals gig with a band, we all leapt at the chance, and The Vernons were born. Since then, we have been slowly picking up momentum, playing shows in Brisbane, Gold Coast, Byron Bay, and just recently Sydney.


LMM: How would you describe your music?
END_OF_DOCUMENT_TOKEN_TO_BE_REPLACED

LMM: Tell us a little about Bandito Folk?

We have been togther for about 18 months, we all met doing music at QUT. Also we have taken Samba Dance Classes together for 15 of those months, which has helped us bond and become good mates. We have recently finished tracking our debut EP which is currently being mixed, this should be available in a few months. We have played at Brisbane Festival Speigletent in 2011, and will be again in 2012. In the last 12 months we have played at Zoo, Powerhouse and Black Bear Lodge, we are looking to do a tour to launch our upcoming EP around Nov-Dec 2012. You can check out our music through Facebook, Youtube and Triple J Unearthed.


LMM: How would you describe your music?


LMM: You’re playing at the 4 Walls Festival in August, are you looking forward to that?
END_OF_DOCUMENT_TOKEN_TO_BE_REPLACED