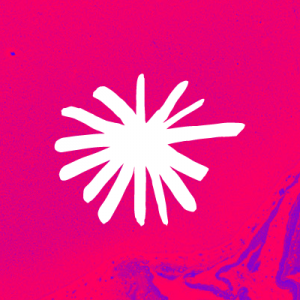 It’s Melbourne’s most progressive music and arts festival, a place for creativity to be absorbed and celebrated. Sugar Mountain will take place on Saturday 24 January, 2015 at our brand new, inner-city location – VCA (Victorian College of the Arts).

After three successive years at The Forum, starting with the inaugural festival in 2011, in 2013 Sugar Mountain’s Tig Huggins, Pete Keen, Brett Louis and Nicci Reid partnered with Melbourne’s iconic Mushroom Group in order to realise their grand vision. Eighteen months in the making, Sugar Mountain 2015 returns with an offering that makes an immense step towards our ambitious vision laid out years ago.

Firstly, there’s the move to one of Melbourne’s creative hubs – Victorian College of the Arts (VCA) in the city’s Southbank precinct. It’ll be the first event of its type ever held on the grounds. Aside from its cultural significance, our new location immensely increases the scope of Sugar Mountain: we’re now a five-stage affair, comprising of three outdoor and two indoor stages, a massive increase in scale. The main stage will sit at the end of a closed Dodds St, with the Sturt St car park and Margaret Lawrence Gallery courtyard also being utilised. VCA’s Space 28 and Studio 45 will be home to some of the festival’s indoor offerings.

To accompany Sugar Mountain’s new home comes a music and art program featuring some of the most influential, most experimental and most iconic artists on the planet. Expanding to five stages has provided the platform for an expansive, well-rounded, amazing line-up which traverses genres and generations.

And it’s not just music and art that’ll stimulate your senses – we’ve teamed up with notable Melbourne restaurants and bars to whet your appetite. Check back soon as the names and specific details are unveiled.

While we’ve grown significantly in 2015, it’s crucial to the festival’s vision to create an immersive, comfortable environment. This means capping capacity at 5,500 tickets.

We are pleased to announce the following artists will join us at Sugar Mountain 2015 (with one or two more additions to come).

Tickets go on sale 9am local time, Mon 20 Oct
Get in quick to grab a limited Early Bird ticket before prices go up.
Head to sugarmountainfestival.com for details 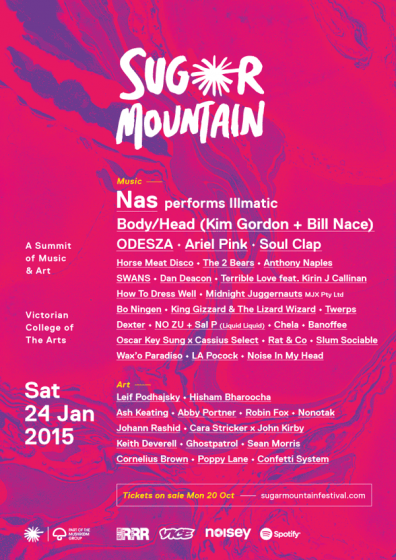