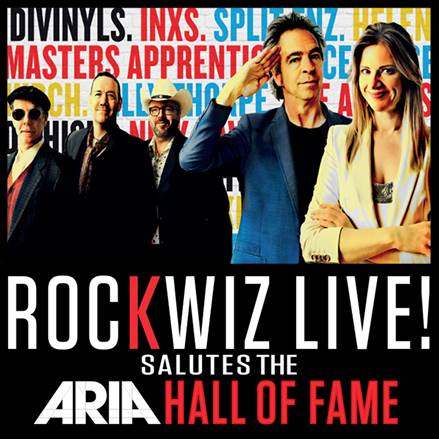 Since 1988, the Australian Recording Industry Association (ARIA) has inducted 73 artists into its annual ARIA Hall of Fame, honouring performers, songwriters and others who have made a lasting impact on music culture in Australia. RocKwiz maintains a close relationship with ARIA and has always featured Hall Of Fame artists and drawn from their repertoire over its ten-year history. In 2010, RocKwiz produced the broadcast of the legendary ARIA Hall Of Fame awards night.

The combination of RocKwiz and the ARIA Hall Of Fame is a match made in rock and roll heaven!

These amazing, fun-filled live shows, in theatres and concert halls around Australia, will feature some of your favourite Australian music legends performing their hits, alongside the brightest and best contemporary artists interpreting genuine Australian classics. As usual, four contestants will be drawn from the audience on the night to sit alongside rock and roll royalty and participate in the madness and mayhem that is RocKwiz Live!

Queen Of The Kwiz, Julia Zemiro, and Rock Brain, Brian Nankervis, will ask the curly questions, the Human Scoreboard, Dugald, will manage the stage and hold up scores and the original RocKwiz Orkestra – James Black, Peter Luscombe and Mark Ferrie, will be joined by Even guitarist Ashley Naylor and the sensational Vika and Linda Bull.

This will be the team’s 4th national tour and they are raring to go! ROCKWIZ LIVE! SALUTES THE ARIA HALL OF FAME will be based on the television format, but with at least four guest artists each night, increased audience involvement, the legendary Contestant Karaoke segment and questions, songs, riffs and anecdotes based on the artists and bands who are in the ARIA Hall Of Fame … many of whom will appear in these shows. See below for a full list of the ARIA Hall of Fame inductees.

These live shows won’t be filmed; so being there, front and centre, is the only way to experience the special magic of a RocKwiz Live! performance … bigger, bolder and looser than the television episodes. As Brian says, “We stretch out and improvise more in the live shows, taking risks and experimenting without worrying about cameras and lights. It’s liberating and often produces delightfully unexpected results.”

What the public have said about RocKwiz Live! concerts (from the Ticketmaster feedback page):

‘It freaks me out that these guys deliver the quality of entertainment we see every Saturday night on the small screen with such effortless precision, with humour that never misses the mark and flawless delivery of every aspect of the show. These guys are just brilliant at what they do! Not a single blemish on the whole performance and of course the musical acts were outstanding as well.

A million billion stars out of 5’.

‘RocKwiz was an epic adventure in fast comedy and audience participation. The funniest karaoke I’ve ever seen! Had me laughing till I cried. Great performers, fun, fun, funny! No one was left out and the crazy antics of the RocKwiz hosts kept everyone involved! Just a great night to be had.’

‘Fantastic, I was blown away how really good this show is. I’ve been a fan for a long time, but never seen them live, I didn’t want to miss a thing. I love their connection with the crowd, amazing! They are all great at their parts, amazing talent, including the band (fantastic guys).’

Tickets for ROCKWIZ LIVE! SALUTES THE ARIA HALL OF FAME go on sale at 10.00am local times on Monday, 13 July 2015 and are expected to sell FAST! 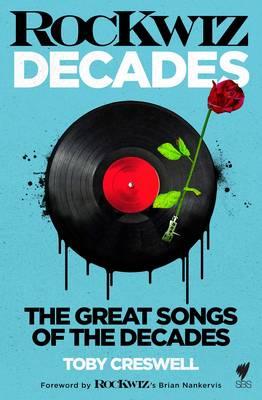