A holiday destination renowned for its surfing beaches, Coffs Harbour sits almost dead in the middle between Brisbane & Sydney and weekend Accom is plentiful… 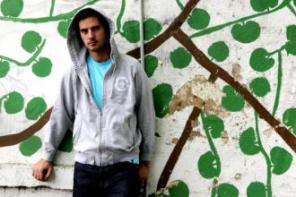 Coming from the Obese Records stables it’s no wonder this guy is tearing new holes in the Aussie Hip Hop scene. With his new album ‘The Numbers” Skryptcha enlists production from M-Phazes and Chasm as well as vocal work from Melbourne songstress Rachael Berry. A must if you want to see and hear the latest in Aussie Hip Hop: www.myspace.com/skryptcha

Surrealistic tales penned by front man Leroy are carried along by musical arrangements full of woozy pianos, horns, sparse guitars and a rhythm section that at times threatens to play itself into a trance. An amazing live show that will take you on a musical journey and may well be a band that in years to come you will say, “I saw them at Open Arms when they just started”……they will be huge: http://www.myspace.com/cabinsband 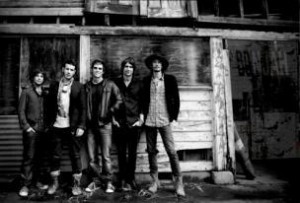 Since their arrival in Australia from New Zealand 3 years ago, Bonjah have developed into one of Australia’s most unique and exciting musical talents. A powerful blend of soul, roots and rock has seen Bonjah support some of the world’s greatest artists and with the release of their new single “Something we should know” already hitting the airwaves of Triple J we are delighted to have the guys at Open Arms Festival: http://www.myspace.com/bonjahband

The Barons of Tang 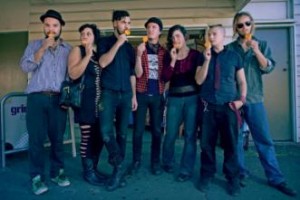 Lashing Tango, Rockabilly, Latin and Gypsy with breaks, hard hitting guitar riffs, double kick blast beats and massive horn arrangements, The Barons of Tang serve up their self described ‘gypsy deathcore’. The catchy tunes and punk ethos all tie together to mean one thing, dancing is inevitable! A perfect fit for The Enchanted Woods: www.myspace.com/thebaronsoftang 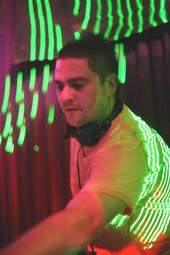 Armed with new tunes from a fresh overseas trip we at Open Arms just had to bring the king of smooth back to the Enchanted Woods. Thad’s driving progressive sounds have seen him alongside a string of international guests already this year including D-Nox, Vibrashpere, Kosmas Epsilon and Minilogue and play annual Festivals such as Rainbow Serpent and Maitreya Festival together with regular club nights in Melbourne: http://www.myspace.com/thadlester 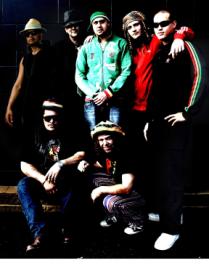 These guys have had a huge last 12 months and are back to the Enchanted Woods by popular demand. Their happy reggae vibe and soulful roots vocals had the dance floor looking so good in 2009 and again together with their beautiful Dancers it will be the place and time to let your hair down. If you play an instrument then check these guys out….they are all over it: www.myspace.com/ebb39n39flo 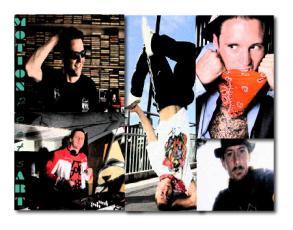 These guys are a combination of Dancers, Hip Hop artists and Musicians that live and breathe music, theatre & entertainment. MPA kill to show off their skills & styles too raw open minded audiences. When these fella’s from completely different backgrounds get together it’s dangerous and a must see experience! Expect to be dancing unawares: http://www.myspace.com/travross

These debut EP, Sex City Lovers is out early 2011 but we had a sneak preview and booked them straight away. We played their tunes for a week solid and they just got better and better. Awesome guitar riffs and smashing drums this Brisbane act  has raised a few eyebrows in the scene and expect to hear alot more from them soon, but for now check em out at Open Arms Festival: http://www.myspace.com/themoniters 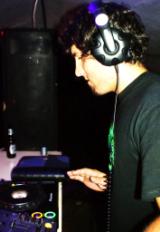 After working his way up through the DJ ranks, Twisted Funk has ended up with one of the staunchest, dirtiest breaks and electro sets going around. At the forefront of the underground scene in Coffs Harbour this guy will be moving you around the floor without you even knowing it: http://www.myspace.com/twistedfunk12