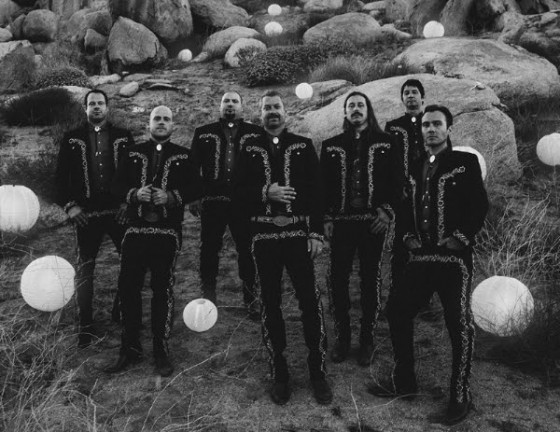 The Bronx alter ego MARIACHI EL BRONX have announced a string of sideshows to coincide with their much anticipated appearance at Bluesfest in 2015. The Charro suited outfit will be bringing favorites from their first two albums and for the first time brand new music from the latest acclaimed album (III) to life for devoted Australian fans next April.

From what began as a bit of fun to blow off steam away from the serious heaviness of their main project The Bronx, Mariachi El Bronx was conceived as a vehicle to explore the traditions of Mariachi music, albeit with a modern Western pop sensibility. Since then, and across three albums the side project has grown in reputation and acclaim, particularly in Australia where fans have fallen hard for the band after numerous triumphant visits. True to form it is expected that these special sideshows will sell out super fast so fans of the band should jump on tickets while they can!

With their brand new album Mariachi El Bronx (III) which will be released on Friday November 7th via White Drugs/Cooking Vinyl in Australia, the band took a fresh approach. Not content to simply excel within the confines of the mariachi genre, they ditched the rulebook and dusted off old sequencers, synths and an ARP. The 10 striking songs that resulted fuse traditional melodies with modern ambiance.

Certain tones echo through this 10 song LP – the feel of a band coming into their own, extending the proverbial middle finger to tradition (and backing it up 100%). Commentary of social unrest is prominent on tracks like “New Beat” and reflection on life experiences peppers the album with tracks like “Wildfires” and “High Tide.” “Nothing’s Changed” sees a surprise visit from DJ Bonebreak (X) on marimbas and harp virtuoso Willie Acuña (Mariachi Sol de Mexico) guests on “Raise The Dead.”