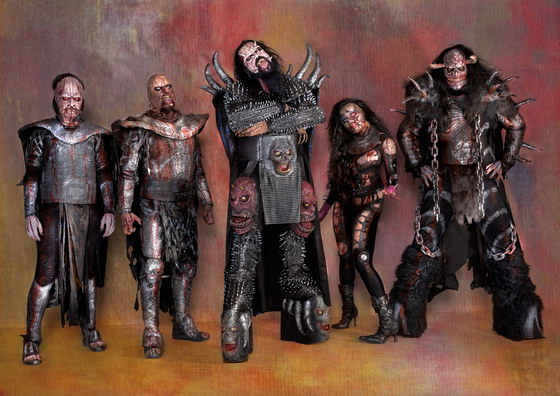 SOUNDWAVE are mighty proud to announce the 1st ever visit to Australia by Finland’s Metal warriors, LORDI!!!

In 2006 they did the absolute unthinkable: Took their monstrous outfits and their loud guitars to the cathedral of anti-metal – THE EUROVISION SONG CONTEST – and conquered; metal was thrust onto the world stage and newspapers across the globe ran with the headline “It’s official: Hell has frozen over. Finland has won.”

On the way, they scattered the confused ranks of pissweak glitter covered pretenders in evening gowns (and that was the blokes) and sent the bewildered judges scattering in all directions. HEROES!

They have been long overdue in these parts and we are thrilled to make up for lost time at SW16.