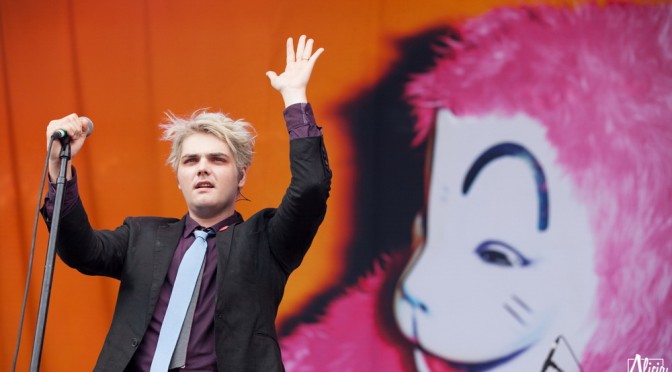 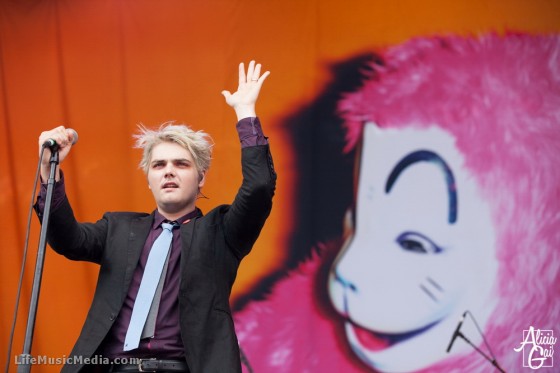 With a new format and a festival spanning the entirety of a weekend, it was time for day 1 of Sydney’s Soundwave to kick off. Being Australia’s premier rock experience, Sydney Olympic Park was filled with black cladded fans and an assortment of coloured hair and accessories. It was from the moment the gates opened that fans rushed in with pure excitement as they scoped out the grounds and prepared themselves for the intensity of the weekend.

Opening up on Stage 3, Patent Pending warmed up the crowd with their psychotic punk rock and overly obnoxious tones. To no degree is this a jab at the band for the crowd loved their style. Especially when it came to a peculiar upbeat cover of I’ll Be There For You mixed in with Everytime We Touch. Topping that, the boys launched into their ode to gaming as they played Hey Mario to crop the energy of their set.

Another early eye-catcher was San Antonio based rockers Nothing More. Who amassed a sizeable crowd despite the hammering heat. Lead singer Jonny Hawkins commanded the stage during the duration of the set. Unleashing soaring vocals against the heavy tones of the supporting members had the crowd mesmerised.

Sometime later it was back to the comfort of Stage 3 for Emily’s Army. As a young band trying to hold their own against a line-up of industry heavyweights, they managed to draw in the younger spectrum of the festival’s attendees. Sounding like a surfers’ wet dream tied in with softer elements of The Cure. These boys held their own quite nicely, but then again having a member who is the son of Billie Joe Armstrong must have led to a few insider tips.

Passing by the main stage, the finely dressed Gerard Way was making quite the impact during his performance. This idol who served as inspiration for so many youths throughout his time with My Chemical Romance was still is able to lead the hearts of what many would consider outcasts even though there wasn’t a single droplet of MCR in his set. The crowd loved every moment with this influential figure.

As the afternoon dawned on us, it was time to re-invigorate ourselves with a band that takes control. The moment you’re in close enough proximity to Crown The Empire, you’ve already joined their regiment. Opening with Initiation, the crowd held their fists high as they followed every instruction they band threw at them. Small openings led to a few circle pits but we all knew that the majority of punters were holding out for the main show later on.

Following their label mates, The Colour Morale upped the ante with their blend of post hardcore sounds that includes the high tempo of thrash metal. The pit was filled with tattooed monoliths who were ready to spice things up. Numerous pits opened through the course of the stage, until they unified for one centre of mayhem. The thing that was appreciated the most from those watching the set, was the pure sincerity the band expressed as they played for a crowd, on the other side of the world from their hometown.

Falling In Reverse started to bring round the tail end of the day, with Ronnie Radke finally having his visa approved. Both he and the crowd wanted to take full advantage of the first appearance in Australia. Whatever open floor space that was first available was soon filled with fans who wanted to get a glimpse of this controversial frontman.

Though the stage was packed to the brim with so many watchful eyes, the real movement didn’t start until later material was played. Goodbye Graceful was an excellent blend of Ronnie’s vocals and mixed screams. But the real winner was the track that marked his return, The Drug In Me Is You. It’s familiarity with the audience was apparent as they cheered throughout the length of the closer and proceeded to scream for more as the set had ended.

Coming to our second last act of the day, veteran metalcore outfit, Atreyu were brutal and relentless during their set and by god did we love every moment of it. Bone shattering breakdowns screeched through the venue as Alex Varkatzas fuelled what was needed to have the largest pits of the day. To complement his contribution to the show, we also had the amazing Brandon Saller punish his kit as he not only rocked the on the drums but also provided the clean vocals.

Ending their set with Lip Gloss & Black, you could hear the crowd screaming “Live, Love, Burn, Die” with every chance they could get. It’s such a powerful chorus over the steady chugging, you can’t help but get caught up in it.

Many decided to finish their night with Faith No More on the main stage or rock out to Lamb Of God to end their day 1 experience. I chose to see a band that is close to me, The Devil Wears Prada. The unfortunate reality of going after a band who have custom gear like Atreyu do, is the change over can be a little difficult.

This issue plagued TDWP and whilst we waited for the change over, in the cool brisk air. I could hear Mike Patton breezing through Easy and while a part me wanted to just rush over to the main stage, I was dedicated in sticking around.

After a rough start, the band knew they had to make up for lost time and unleashed a barrage of hits one after another. Mike Hranica was manic on stage as he would leap from one end to another, with no signs of letting up. At one point, he leapt past the barrier and was among the crowd, feeding their obsession as they surrounded the singer.

As Danger: Wildman was unleashed, it was safe to say the pits became a hazard zone. With arms being flung about, bodies dropping to the ground and then instantly being brought back up again. The mosh pits may be a harrowing experience but at least you can trust people will respect the etiquette.

With sore limbs to contrast high spirits, the crowd slowly filled out of the venue to head home and prepare themselves for day 2.

Check out our massive photos gallery from Soundwave Festival Day 1 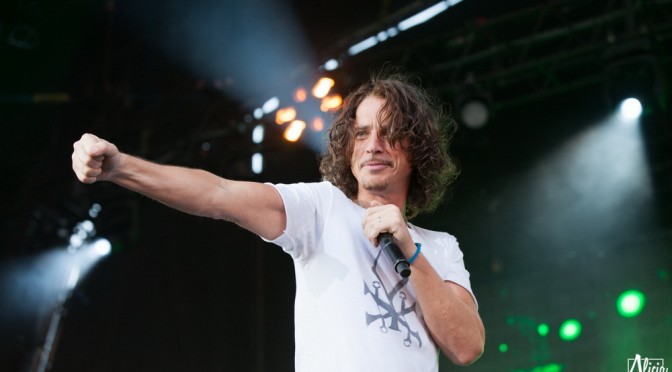