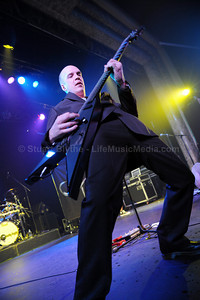 In his early days, Devin debuted his original works as the founder, songwriter, guitarist and vocalist for hard hitting, extreme metal act “Strapping young lad” (whose debut album “City” was declared to be; “possibly one of the best metal albums of all time”).

He’s now toured the world 10 times over, not only with Strapping, but with many other projects, all riding on his saturating musical abilities and effortless leadership techniques. Now well weathered and atoned to each aspect of a musically orientated society, Devin has his own record Label “HevyDevy Records” and signature guitar, released By Devin in collaboration with music hardware giants “Peavey”.

Touring little in the last half decade, Devin recently announced he’ll be bringing his latest ensemble, auspiciously named “The Devin Townsend Project” to Australia for the first time, much to the delight of his undeterrable following, to make an appearance in QLD at Brisbane’s Tivoli on Friday March 12th 2010. So we made sure we were there….

Devin takes the stage with dim lights heating his face, he wears a dark grey pin stripped suit, and steps up to the mic with his new Peavey PXD Vicious. (Later proving that the generation wow’ axe has more than the sustain it was designed for.)

As you would image, a wall of sound; ironically used to describe some of Townsends earlier works, emancipates from the audience as he emerges. He’s immediately striking as a honed professional, giving a brief spoken introduction before erupting into the first song of the set, title track from the second of four DTP album instalments; “Addicted”. Addicted is a song that commands your immediate attention. If not for the alternation between male / female vocals (contributed by Anneke van Giersbergen; formerly of The Gathering), it’s due to the ironic pop componentry with not so subtle gothic undertones. Moving through Supercrush (also ex Addicted), Kingdom (2000’s Physicist) and Truth (1998’s Infinity), the apparent lack of not so recent tours has Townsend playing a selection of his finest and not solely focusing on promoting the recent DTP releases.. Thanking you Devin!

To begin to describe each piece of music or should we refer to these as pieces of art?, isn’t going to do us justice. Get the albums, and listen for yourself, but I can describe the innate sense of angst, elevation and release that Townsends music portrays. His independent compositions are full of tension, release and absolution, transposed into a three dimensional wonder during his live shows. The ambient backdrop of his pieces are reinforced and uplifted by the anticipated yet unexpected blasts of metal.

He plays a large amount of his works from 2007’s Ziltoid the Omniscient, including Ziltoidia Attaxx! And Colour your world, as well some transient progressive instalments from 1997’s Ocean Machine; Biomech, and Life. Both are songs that exude an even larger interactive response from the day’s gathering than those songs played before them, the house singing along to both songs in their entirety.

Townsend stops for a few breathers in between and cracks his jokes in his abstract way, he makes faces during songs, sticking out his tongue with hands in the air. He jumps, he growls and at times makes noises you’d expect to hear from a trained opera singer, but always keeps it under control.

Hi voice is a masterpiece. Comparative to the likes of an engine… generating a array of sounds… that push a multitude of emotions out of the mic, through the venue, and either make love too or crush your ears, then push forward into the night sky like a spirit into the abyss, in search of the next melody.

When the gig’s over not one person moves. Not one. Certain there’ll be an encore. But thinking “oustside” the square, I’m wondering if there will be, it is Devin Townsend. He was and always will, do his own thing. But thankfully enough, he returns to the stage, and most modestly thanks us all for the undying support throughout the years, and is in turn, most appropriately thanked by all there to see him. He plays KI, like Addicted, the album titled track ex instalment no.1 of the DTP series “KI”, and ends with Bend it Like Bender! Again showcasing the powerful yet feminine lyrics of Giersbergen.

For those in Brisbane who didn’t catch the show, I empathise and urge you not to miss it the next time around. It was a ripe example of a notoriously independent musician, a pillar of his time, playing his finest songs, in one of his many finest hours. 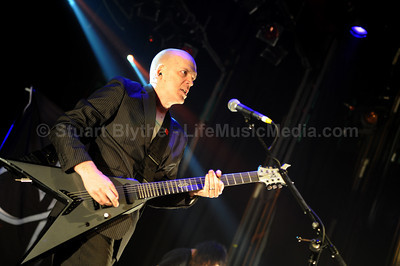 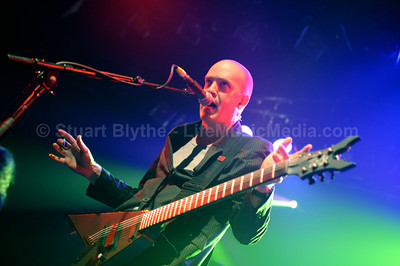