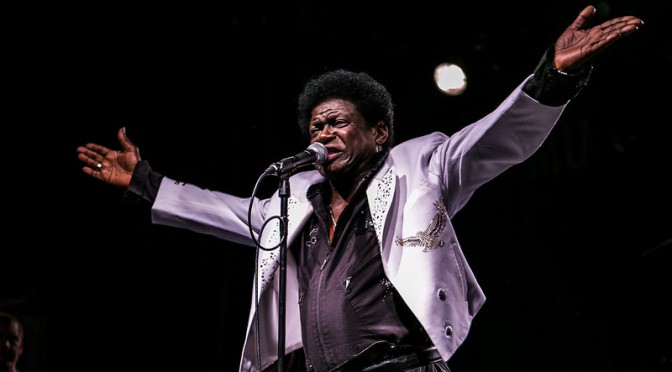 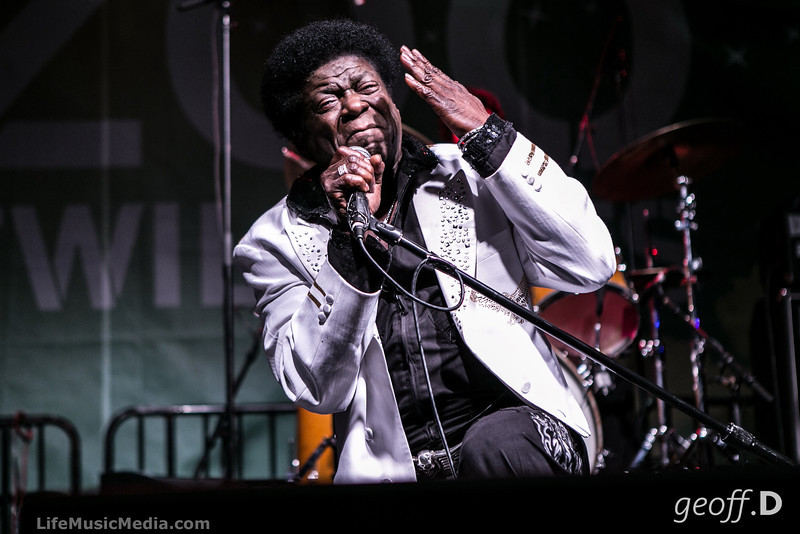 With a white sequined dinner jacket, and a ‘fro straight outta Brooklyn circa 1972, it was clear from the first strained note that Charles Bradley was every inch of his impressive mythology. The bio reads like a carefully scripted wrap-sheet: he was raised in a dirt-poor Brooklyn, from which he escaped only to spend decades drifting and working odd jobs, and spending serious time as a homeless grafter. On record, it’s heart-on-the-sleeve honesty of a man who knows no other. On stage it’s merely confirmation, as the performer pours every last ounce of feeling into the overwrought vocals and leaves nothing behind.

Rewind just a little and Melbourne 9-piece Saskwatch does its bit in warming up the thoroughly chilled inner urban Friday evening vibe. Wedged on the main lawn, nestled among the reptile pit and the (alas now empty) lion’s den, this venue is a revelation of late-summer ambiance. There’s an overcast sunset and a bright moonrise above the stage to compliment the picnic rugs and convivial chatter among the clinking plastic of the wineglasses. The funky jazz overtones of a horn-section led big band could not be more perfectly suited to a time and place.

The night, however, belonged to the self-named “black rose of soul”, and after some band-leader rousing and spruiking, Bradley took centre stage for a set of serious grooves and moves. Early set highlights included a downbeat Crying in The Chapel from 2013s “Victim of Love” album, a pining and yearning slow-waltz which cherry-picks the greatest aspects of the Daptone Record’s standard operating procedure of soul revivalism.

It’s a revivalist movement which wears its influences blatantly. When Bradley strips down to a thin black satin shirt and shimmies his 65-year-old rump during the exuberant Confusion, it’s straight from the well-studied manual of James Brown. When he croons The World (Is Going Up In Flames), it’s Otis Redding breathing down the microphone. This is not a criticism, nor is it overblown; close your eyes and suspend your disbelief just a little, and you’re floating through the hazy expanse of a Detroit club instead of the clear surrounds of an inner urban zoo.

An encore of Why Is It So Hard? gives breathing space for the horn section, as well as allowing Bradley to try to encapsulate his life thus far. Unsurprisingly, he wraps it up beautifully with the lyrics and further embellishments, all the while letting the years stream over his deeply creviced face. When he softly thanks Australia, in particular, for our role in providing this new chapter of his story, there’s an arresting realness to it. Through the overblown performance of it all, that’s the nub of the story here – this is a real life, and one which has been well lived. And if it delivers such a performance on a windy night in a foreign city then, well, it’s a pretty good story thus far. 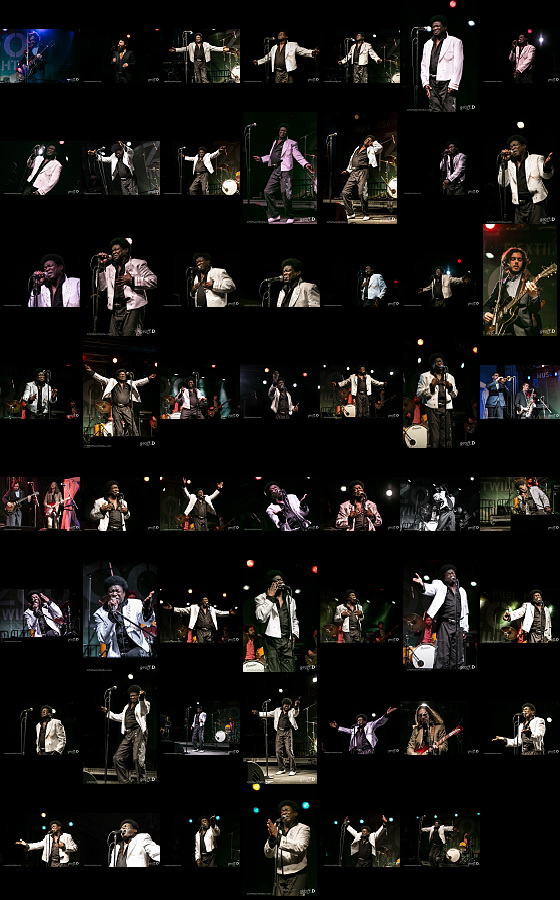