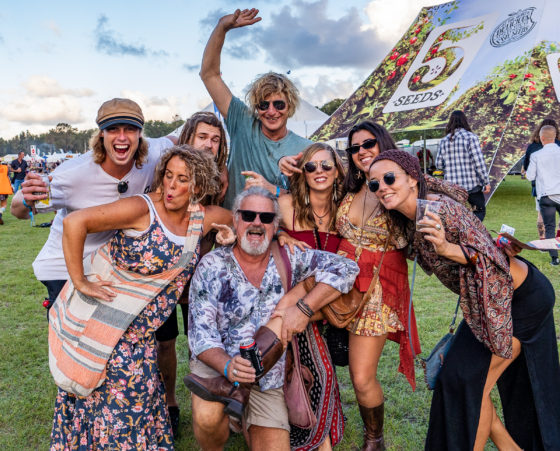 If you are wondering why people keep coming back to Bluesfest year after year for 30 years, it’s because there is always new and exciting music to discover here. Whether it be seeing an artist for the first time that you have never heard of that has actually been around for decades and is really famous somewhere else, or having the opportunity to see recently emerged artists from right here on your doorstep. Day 1 brought the Bluesfest crowd a taste of what is hot in Australia right now with Dallas Woods, Baker Boy and Ocean Alley all on the menu.

Dallas Woods warmed up the Crossroads, with his positive energy capturing the crowd straight away. Using the medium of hip hop, he shared serious messages about issues facing youth in the Kimberley region such as racism, inequity and suicide, while simultaneously getting the crowd dancing and engaging with his feel good vibe. Acknowledging that Bluesfest supports many styles and is not limited to traditional blues, Dallas wove into his poetic talk ‘Bluesfest is here for the new times and here for the old times’. Feeling full of love and respect for this man I was disappointed that his set was so short but as a major collaborator with Baker Boy he was back within a few minutes to join the next act.

Baker Boy delivered a high energy, explosive set with dance moves to match his chart topping singles. Melding popular music and hip hop with rapping in Yolgnu marta and bursts of yidaki, Baker Boy creates a cultural melting pot of expression that is very accessible and invigorating. Baker Boy was recently crowned Young Australian of the Year for 2019 and is revered for bringing his language into popular culture. His dance crew were a real treat too, adding to the fun energy of the set and eliciting lots of screaming and support from the audience. Experience the magic of Baker Boy again on Friday at 3.50pm at Boomerang and on Saturday, 8.05pm at Jambalaya.

Watching the set up for Snarky Puppy promised an intricate and sophisticated listening experience. About 14 sound engineers were involved in mic’ing up the vast array of instruments which included seven different keyboards, a selection of brass instruments and two separate percussion set ups, plus effects equipment for the music collective that hail from areas all over America and as far away as Japan. It was such a joy to watch these musicians work together in a way where no one is the center of attention but a vital key in musical mastery that transcends boundaries, is quite futuristic, yet deeply embedded in traditional roots of funk and jazz and Latin. The instrumental compositions varied in feeling from playful to artistic genius. The lead composer bassist Michael League occasionally spoke during the 90-minute set introducing some of their new music and informing the highly attuned audience that each of their three sets over the coming days would be completely different as they have so much material to share. At one stage he bravely involved the audience in a Moroccan based clapping rhythm split into two parts, allowing the listener to appreciate the complexity of what they are doing in the simplest of ways. Snarky Puppy grace the stage again on Friday 5.15pm at Jambalaya and Saturday 9.15pm at the Crossroads.

Having had my brain completely rearranged by Snarky Puppy it was hard to engage with other artists for a while as everything just seemed all a bit formulaic after the originality of this incredible music collective. Little Steven and the Disciples of Soul however were able to penetrate this short lived barrier with a taste of the 70’s in what looked and sounded like psychedelic gospel. A staunch advocate for the place of arts in society, Little Steven highlighted the importance of arts education stating that ‘the arts teach you how to think not what to think’. Little Steven and the Disciples of Soul will bring the party to the Mojo again on Saturday at 7.45pm.

Ocean Alley had the honor of headlining the Mojo on opening night. This is Australia’s most exciting young band right now, having taken out the number one spot in the most recent JJJ hottest 100 as well as the numbers 10, 16 and 100. This six-piece band from the northern beaches of Sydney, create a rich and full original sound emphasized by three guitarists and the unique vocal quality of Baden Donegal. Loosely classified as psychedelic surf rock these young men have an exciting career ahead of them with a wide appeal that goes well beyond the 1000’s of young people gathered to watch their seamless, smooth set. A great way to end the start of another fabulous year here at Byron Bay’s iconic Bluesfest, that delivers so much more than its namesake. 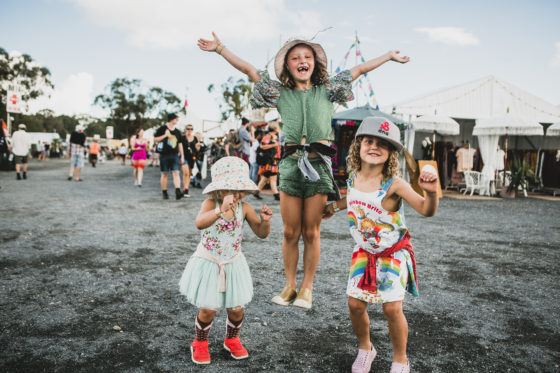 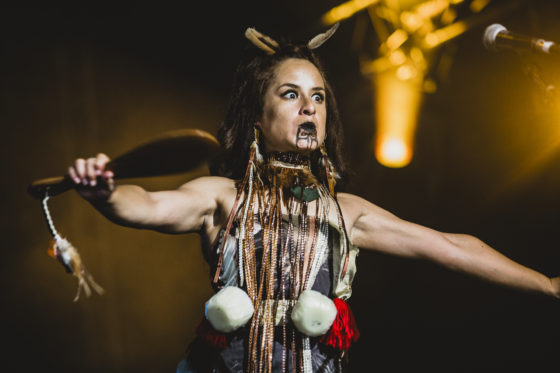