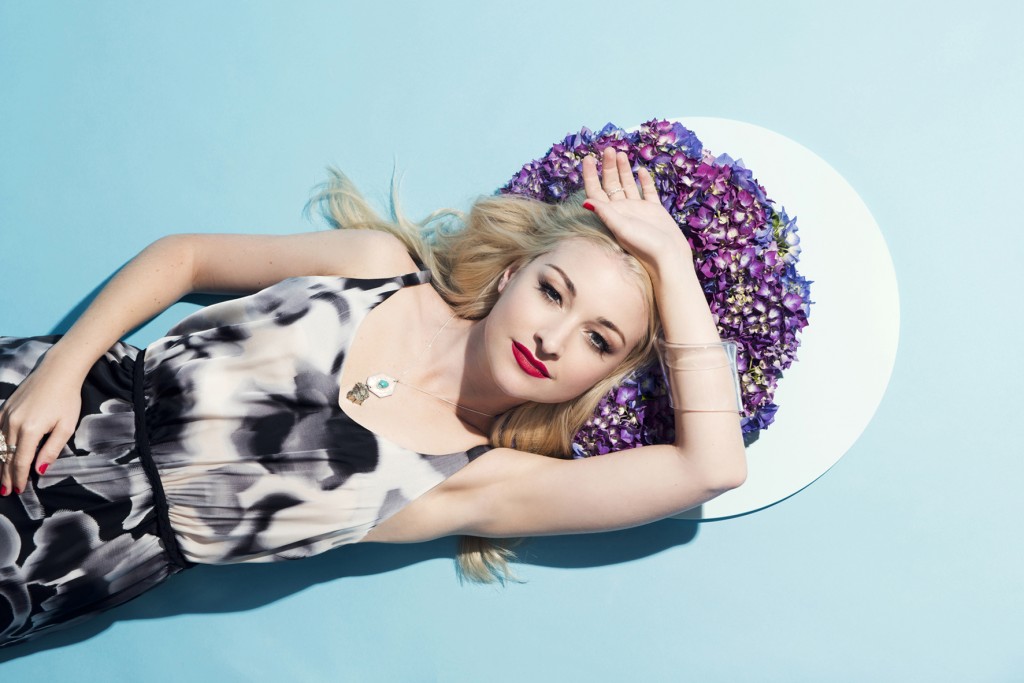 Kate launched the album to her fans in capital cities with a sold-out series of intimate acoustic shows, featuring long-term collaborator Keir Nuttall on guitar and musical freak-genius John Rodgers on violin and piano. The trio will now embark on an extensive tour of regional centres to premiere songs from O Vertigo!, along with old favourites. Tickets for Kate Miller-Heidke’s national tour go on sale Thursday 22 May.

‘I feel like live performance has always been at the heart of what I do‘, says Kate. ‘Often the test of a good song is if it works in a very stripped-back, acoustic mode. I love reinventing the songs in this way. I’m looking forward to bringing the new songs, as well as a mixture of older stuff, out far beyond the capital cities, especially places I’ve never played before.‘

The national album tour will also see Kate, Keir and John return to capital cities to be joined by some of the best musicians in Australia to perform in full band mode and bring O Vertigo! to life in brand new arrangements.

New Yorker music critic Sasha Frere-Jones described her songs as “a big clutch of Pantone swatches”. American writer Neil Gaiman compared her voice to “being f***ked by butterflies”. When people discuss Kate Miller-Heidke, the metaphors have to be big in order to match a voice that is nothing short of monumental. From the towering pop of the title track to the arresting romantic ballads that made her a household name, to electrifying barnyard-stompers and surprising duets, O Vertigo! scales new and adventurous heights in songwriting and performance.

As well as releasing O Vertigo! and her two Australian tours, Kate has just returned from playing sold out shows in London and The Great Escape in the UK. She is about to perform at the Sydney Opera House for the Vivid LIVE festival. After her August tour of Australia she will be returning to the UK for her first headline tour of the country to support the European release of O Vertigo! From there she will be heading straight to the USA to perform for the prestigious New York Metropolitan Opera in their production of “The Death Of Klinghoffer”.

This is your last chance to see Kate Miller-Heidke tour this year before she disappears overseas. Don’t miss one of Australia’s most talented and exciting live performers.

UK singer-songwriter Ryan Keen will be joining Kate for all dates. With his warm, breathy voice, technically virtuosic guitar playing style and armful of confessional and/or observational material, Ryan Keen is about to become your favourite new bard.

“Kate Miller-Heidke is a genius. Her unique mix of operatic singing and pop music is a thing of beauty. Her voice is much more than a supremely versatile instrument – it’s a weapon.” – The Mercury Tasmania

“The finest vocals in Australian music… O Vertigo! is stunning”- The Border Mail

“A career-best album. Miller-Heidke hits it out of the park… O Vertigo! is an album of smart, challenging and mature pop music.’ – Rolling Stone

“A stunning collection that demonstrates exactly why she’s one of our most exciting musicians.” – Crikey’s Daily Review

All shows are open to all ages, except Perth *(where patrons 13-18 years can attend if accompanied by a parent or legal guardian) and Adelaide and Sawtell **, which are 18+.
Tickets are available on Thursday May 22nd.