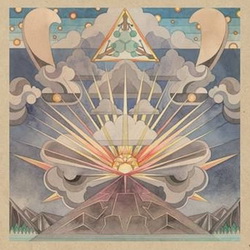 If ever there was a group that embodied the spirit of quality over quantity, then Junip’s it.

The trio – made up of José González (vocals, guitars), Elias Araya (drums) and Tobias Winterkorn (keys) – have released a few singles and EPs; taken a 5-year break (where the former toured his solo work); and are now on the verge of releasing their debut album, Fields. It took a lot of effort to get here (although it was by no means the longest spell – Guns N’ Roses anyone?) but in this case people will declare it was a labour of love well worth the wait.

González and Araya have been making music together since they were 14, having started creative life as a hardcore group. In 2010 they’ve taken a different musical route, improvising together to find song sketches and in particular, looking for beats and guitar patterns that stood out for their overall groove and melody. The result is 11 nu-folk and pop songs borne out of patience, perfectionism, inspiration and sheer bloody mindedness.

“In Every Direction” boasts González’s inimitable vocals and guitar work that is slightly crunchier and drenched in reverb than his solo stuff. The music is rather trippy but has a full band sound. At its core the song is what you’d expect to get when you cross the more experimental elements of Radiohead with the stellar Hammond organ work produced by Ray Manzarek in The Doors.

The spirit of the sixties lingers heavily in the air with the numerous Beatlesque pop tunes on offer. These are then combined with a rhythmic beat that occasionally sounds like the palatable pop sounds of the eighties and at other times is like the primal and hypnotic foundation noticeable in Afrobeat music. Further, “Without You” shares a few things in common with Lily Allen’s “The Fear,” but is also backed by the same fluffy ambience found in Massive Attack’s work.

Combining the faded, poetic lyricism of González’s solo material with a truth and beauty usually reserved for the proud independent artists and with a commercially slick sounding ebb and flow, Junip has all the ingredients needed to endear this record to more than just folk fans. At times boasting a raw and honest spirit, its heart will reach out to many people who will no doubt agree that we shouldn’t be left waiting another five years for a follow-up.