+ More to still be announced

Following on from the first line-up announcement earlier this month, now comes the mega second announcement – and it’s huge!

King Kapisi
Heading the announcement is New Zealand Hip Hop maestro King Kapisi. Hailing from Wellington but with Samoan heritage, King Kapisi was the first NZ hip hop artist to win the prestigious Silver Scroll Award at the APRA awards for Songwriter of the Year, for his 1999 single Reverse Resistance. Sales from his albums Savage Thoughts and 2nd Round Testament have both reached the gold status mark, whilst internationally he’s toured throughout Europe, the US, Japan and Australia, supporting the likes of Janet Jackson, Moby, Black Eyed Peas, Beastie Boys, Michael Franti and Spearhead, the Red Hot Chili Peppers and many more. King Kapisi is well and truly one of NZ’s greatest Hip Hop artists and it’s a pleasure to have him at Island Vibe 2010.

MIsta Savona
A much loved part of Island Vibe, Mista Savona hits up Straddie after the release of his brand new album Warn The Nation. Signed to Elefant Tracks, the album follows after his critically acclaimed 2007 release Melbourne Meets Kingston, which recorded over three years with a collaboration of Jamaican and Australian musicians. He is the first Australian producer to release his own riddim series in Jamaica, the successful Fire Dragon Riddim featuring performances Sizzla, Burro Banton and Vida-Sunshyne. They also feature on his new album, as well as heavyweight dancehall and reggae artists Capleton, Anthony B, Alton Ellis, Bungle, and Horace Andy. Featuring swirling middle eastern strings, sub-bass mayhem and bad-ass beat programming, the album stands as a dense, mesmerizing, raw, beautiful and powerful vehicle for Savona and his collaborators. Catch it live at Island Vibe.

Bunna Lawrie
A member of seminal act Coloured Stone, Bunna Lawrie is a statesman of the Australian music industry. He was awarded the Don Banks Music Award in 1999 for his outstanding contribution to Australian Music – the first time this award has ever gone to a rock musician, let alone an indigenous one. Bunna founded Coloured Stone in the small SA community of Kooniba in 1978, and some 32 years later the band is still touring, having played Big Day Out and Woodford Folk to name a few. Bunna is set to take to the stage solo at this year’s festival.

Note: Unfortunately, Zennith have had to pull out from Island Vibe 2010. 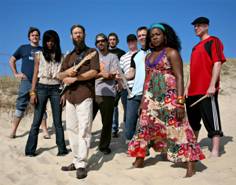 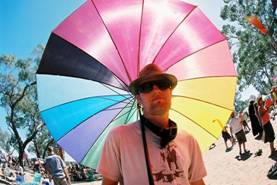 There is still plenty of accommodation available, but make sure you get in quick to ensure you get preferred splice of the island. Camping spots are available at Amity Point and Dunwich, and with regular and rapid bus services running across the island, it’s easy to get between your campsite and the festival. Amity is quickly filling up though, so don’t delay! Redlands City Council handles all camping on the island, and can be booked directly through 1300 551 253.

Holiday Homes, Units, apartments and many other accommodation options are also available, check out the accommodation section on the Island Vibe website for full details.

Keep on top of all the latest accom updates at www.islandvibe.com.au 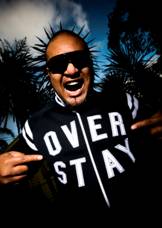 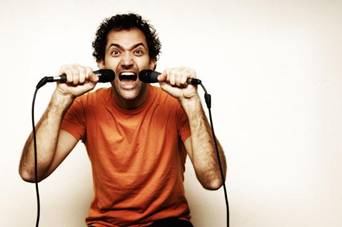 Now into its fifth big year, Island Vibe has solidified its reputation as the leading Reggae, Roots and Cultural festival in the South Pacific. The three day festival held in late October annually on the pristine North Stradbroke Island is the ideal home of great tunes and good vibes, with thousands of people from around Australia making the annual pilgrimage to enjoy the festival.

2009 marked the biggest year yet for the event with Chali 2na, Natiruts and Sunshine Sound System rocking the line-up, and the festival enjoying an almost virtual sell-out. The build-up for this year’s Island Vibe has already kicked in to overdrive, as early bird  and second-round tickets sold out in record time. Still, there is plenty of tickets and accommodation available, but get in quick to lock away your place amongst the music, sun, surf and sand.

Stradbroke Ferries
Once again Stradbroke Ferries are coming onboard with Island Vibe to offer you plenty of solutions for getting to the festival. Head to the transport section at the Island Vibe website for details on how to get your ferry pass for a discounted rate. Book early to secure your preferred departure time.

The Greener Festival Award
Island Vibe was one of 8 festivals and the first from Queensland to be awarded the 2010 Greener Festival Award. The awards are presented to festivals who  show a dedicated commitment to the environment, both through their actions and trying to positively impact those of their attendees. Island Vibe was commended for making sure beverages were consumed from reusable cups, ensuring our market vendors lead the way through use of biodegradable products, plates, detergents and packaging, and collecting all organic waste and donating  it to the first ever Stradbroke Island Community Gardens, and finally aiming for a plastic bag free event.