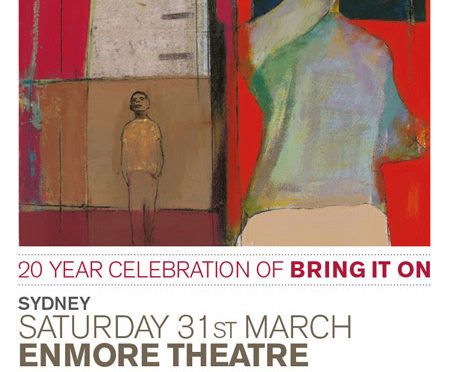 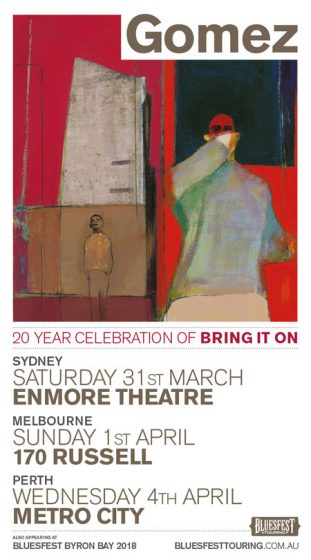 Bluesfest Touring welcomes Gomez back to Australia for their first tour in 6 years and the 20th anniversary of their breakthrough album ‘Bring It On’ that featured the hits “78 Stone Wobble” and “Get Myself Arrested”. With so much to celebrate their Perth, Sydney and Melbourne sideshows are not to be missed. The group stood apart from other bands in the Brit-Pop era in their attitude and sound. Typical of this was the comment from the panel of judges for the Mercury Music Prize who described the album as “an intriguing blend of swamp blues, bar-room rock and eerie power.”

‘Bring It On’ was followed by several more critically acclaimed and highly successful records such as 1999’s ‘Liquid Skin’, 2004’s ‘Split the Difference’ and ‘How We Operate ‘in 2006. Gomez are living proof that perseverance and consistency are qualities to be proud of as the group have ridden out changes in fads and styles around them to maintain their popularity and critical standing around the world.