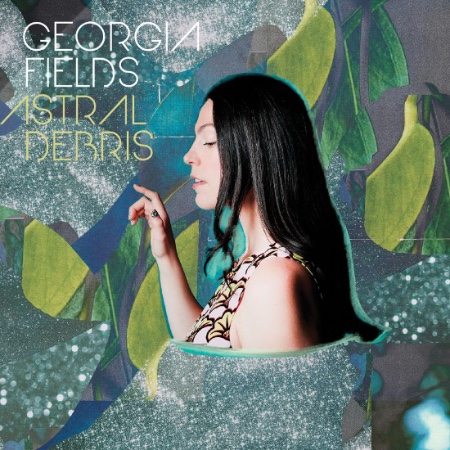 Georgia Fields steps into a realm of her own with the release of her highly anticipated second album Astral Debris. Ambitious, boldly orchestrated and emotionally rich, the record heralds a newfound assuredness for the Melbourne-based multi-instrumentalist and singer-songwriter. Fields launches Astral Debris with a run of tour dates August through September.

Featuring a production collaboration with acclaimed electronic artist Tim Shiel (Faux Pas; Bertie Blackman; Telling), a guest appearance from Berlin-based art-pop melodist Phia, and the sweep and splendour of a live string section, Astral Debris is glitter and grunt; shimmer and sweat; lipstick and blood. Near-naked piano ballads stand alongside retro-futuristic synth-pop gems, and in testament to Fields’ undeniable charisma, it all works.

Astral Debris’ first single, ‘Hood & the Hunter’ is a feminist retelling of the Red Riding Hood fable. The track evokes a forest-green lushness, with Fields’ vocal swiftly darting from goose-bump intimate to a commanding, war-cry wail. Second single ‘Open Orange’ features a guest appearance from Phia and her trademark African kalimba. Both hailing from Melbourne but living in separate corners of the world, the singer-songwriters had met randomly in Europe several years prior. But it was Tim Shiel who suggested getting Phia on ‘Open Orange’, despite the oceans between them.

Fields made her debut in 2010, with the release of her critically acclaimed self-titled album. Recorded with her 15- piece ‘Mini-Indie-Orchestra’, the LP crystalised Fields in the national consciousness as a singer-songwriter on the rise. In her adventurous career to date, the eclectic songbird has performed with a string section from the Melbourne Symphony Orchestra, appeared on television’s RocKwiz, and sung duets with such Australian luminaries as grunge pioneer Kim Salmon and ARIA-award-winning songwriter Clare Bowditch.