Featuring past and present members of Advent Sorrow, Sensory Amusia, Inanimacy, Claim The Throne, Disentomb among others, the quintet have spent the last 5 months honing their craft of dark, dirty black/death metal as support for Carcass, Dark Tranquility and a host of quality Australian acts.

For fans of Entombed, Rotten Sound, Satyricon and At The Gates, Earth Rot will fulfill your lust for disgustingly heavy and macabre metal on tour in Victoria and Western Australia late August/early September.

Catch them at one of the following shows: 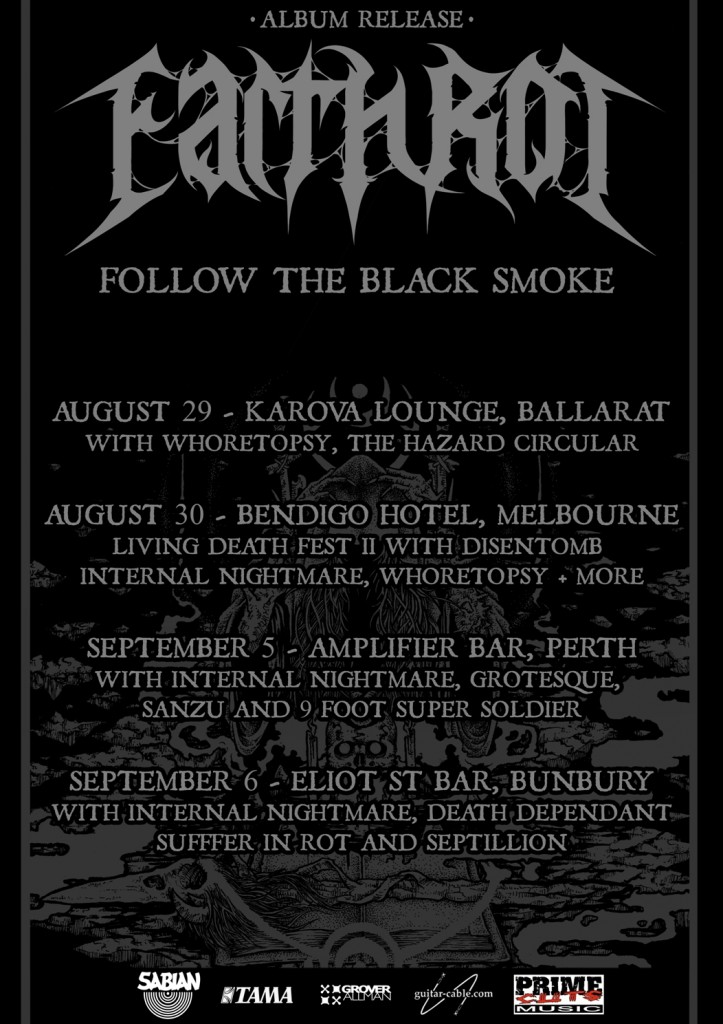