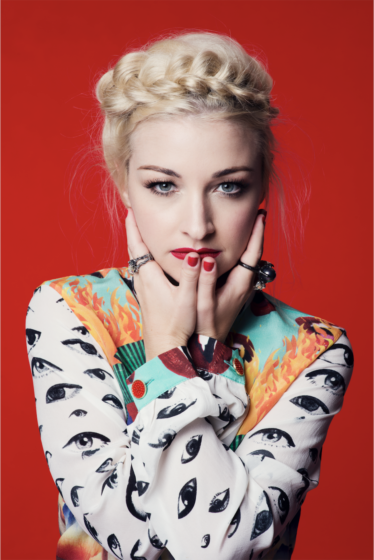 With more HUGE announcements waiting in the wings, Brisbane Festival is thrilled to announce that the next instalment of their mammoth 2019 music line up comes in the form of none other than Brisbane’s very own international pop icon Kate Miller-Heidke.

Direct from representing Australia at Eurovision last month, in what will be her first hometown show in over two years, Kate Miller-Heidke makes music that effortlessly melds indie-pop, folk and opera. She is the only artist in history to perform at Coachella, the New York Metropolitan Opera, the Eurovision Song Contest and QPAC.

Appearing with collaborator Keir Nuttall – fresh from their success writing the music and lyrics for ‘Muriel’s Wedding: The Musical’ – Kate will perform brand new versions of her most beloved material, including hits such as ‘The Last Day on Earth’, ‘Caught in the Crowd’and ‘O Vertigo!’, plus a sneak preview of brand spanking new songs.

“Brisbane! It’s been far too long. I can’t wait to come home and show you what I’ve been working on. It’s always a great feeling to play for Brisbane audiences, and I’m especially excited to be playing in our magnificent QPAC concert hall as a part of the Brisbane Festival, one of the greatest arts festivals we have. There are several genius musicians joining me onstage – the kind of artists with whom a certain kind of magic is always bound to happen. This show is going to be really special.”
KMH

Kate Miller-Heidke trained as a classical singer at the Queensland Conservatorium. In addition to her extensive pop career, with multiple top-five albums and platinum singles, she has written and performed for world-class opera companies around the globe, including Opera Australia and the English National Opera.

She was the first artist to be selected by unanimous public and jury vote to appear as Australia’s representative at the Eurovision Song Contest. Her heartfelt performance and the out-of-this world staging of her song ‘Zero Gravity’ won her first place in her semi-final and a top ten placing at the Eurovision Grand Final in May 2019.

Let Kate’s masterful songwriting and ethereal voice take you where there’s zero gravity. Don’t miss Australian music’s brightest star in a stellar performance unlike any other.