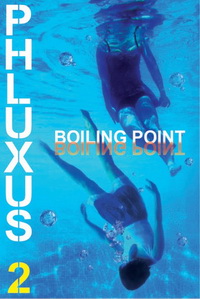 The show begins before we’ve even entered the room. An usher approaches, explaining that to gain admission, tickets are not enough. We’ll need to remove our shoes and any socks and crowd into the shopfront’s store room, leaving behind our footwear. As compensation we will be given a small torch. Crammed into the dark room with forty other people and their exposed feet, we wait for the show to begin.

There is no extra light provided once the doors to the shopfront are opened. We creep in using our bare feet for balance and our small torches for sight. Bolder venturers have already spotted the still as statue performers; others illuminate kitchenware hanging from the ceiling and news stories on the wall recounting the trial of a 1950’s female that killed her husband by poisoning him.

Through nudges and torch flashes we are alerted by our fellow audience that the performers are no longer stationary. Dressed in short grey tunics, three women (Nerida Matthaei [creator], Samantha Williams, Liesel Zink) rush in sharp bursts from one place to another. Their chaotic movement through the room (which has no obvious stage and comfortable viewing area, leaving the audience upright and dispersed randomly throughout the space) causes mixed reactions. Some people run from the performers, alert like rabbits to the possibility of being hunted and included in the performance. Others stay still at rocks to see what effect that will have on the dancers. Some rocks are brushed up against, stared at, and included, while others are deftly manoeuvred around as though they were never there. The torches are still blinking, revealing only what their owner wants, illuminating the skills of the dancers in working rehearsed choreography around what is an unpredictable environment lit solely by random individuals’ whims. As respite, the dancers let deliberation and flexibility take over and spread themselves flat across the walls. Spiralling, clambering around each other like insects with their camouflage clothes and crouching in corners.

Spotlight! A Mr Bungle soundtrack and pink rubber gloves introduce the second part of the performance, the light defining the performance area and allowing the more traditional observer-performance relationship to be belatedly established. Now the women wear aprons, painted mouths and hideous, vacuous grins as they invoke the spirit of the murderous woman from the newspapers. Fifties housewives flung from homemaker to homewrecker in a series of increasingly jerky and violent movements that culminate in embodiments of insanity, the piece ending with the performers panting, dripping wet and upside down. This feminine infused second part of the show nicely captures a whole spectrum of emotions from the personal constraint that is married to a desire to please, through to that special kind of rage that comes when the self is subverted long term for a goal that has been destroyed, the work and loss of self wasted.

The tagline for this show is ‘What makes your blood boil?’ and the first part of the piece drags audience members through several states that can incite rage. Being confronted with something you don’t understand, being made to feel uncomfortable, an unpredictable environment and unmet expectations all give rise to agitation that can spill over if the situation goes on long enough. Boiling point brought its audience just up to the edge before reinstating the traditional performance barriers, deftly giving back lost expectations and undoing confusion just before it became too much.

Boiling Point was an impressive embodiment of the seething edge of emotional explosion. 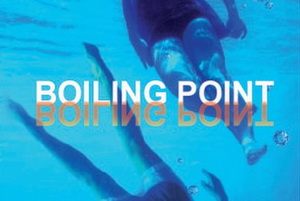