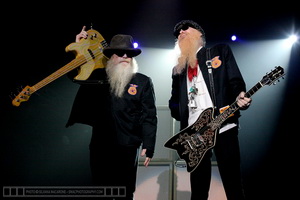 Despite dismal forecasts, the weather held out for music lovers as they descended onto the Tyagarah Tea Tree Farm in Byron Bay, the new site for Australia’s premiere Blues and Roots Music Festival. Now extended to cover six days, campers and eager punters slowly edged their way into the grounds, with staff and volunteers doing their best to ensure that parking, setup and entry was relatively painless. The wet grounds were eclipsed by the buzz of excitement, a busy energy punctuating the usually laidback Byron feel.

Day one really hit its stride with festival favourite Xavier Rudd playing the main stage, the sounds of Let Me Be floating over the fence to greet those still passing through ticketing and security check points; a generous taste of what awaited them inside.

Over at the Crossroads tent, bow-tied Aussie bluesman C.W. Stoneking was bewitching the crowd with his Jungle Lullaby. Almost impossible to understand between songs, the gravel-voiced Stoneking, at turns on guitar and banjo, accompanied by horns and drums, treated audiences to crafted tales and tunes that evoke another time.

The ever popular Michael Franti played his first set of the festival on the main stage, urging fans to “Make some noise!”. The massive crowd eagerly obliged, more than happy to help the exhilarating Spearhead make “music, sweet music”.

Meanwhile at the Juke Joint, Aussie soul band The Hands were also entertaining a decent crowd with the duelling keys of brothers Clayton and Lachlan Doley, on a Hammond organ and Hohner D6 Clavinet respectively, creating a unique performance. With plenty of banter and some smooth styling reminiscent of 70s sweet soul, the four piece tease out the potential of every song, their final number Crime swelling through various movements, and deserving of the tremendous applause.

At dusk, a parade of giant lantern puppets could be seen wandering the site, the puppeteers playfully interacting with punters who were now lining the international food stalls in search of dinner.

After a considerable delay, Funky Meters got to an energetic start with Fire on the Bayou, the familiar fat bass, funky guitar and the distinctive keys of Art Neville, a delicious compensation for their waiting fans. The opportunity to see and hear these veterans of funk, to witness the style, genius and joy of their set was an instant highlight for many.

The night was for dancing at the Crossroads tent, with the rhythms of Los Lobos and Chuco’s Cumbia filling the air. Last here in 2006, the multi-genre band kept the audience rapt with scorching guitars, often accompanied by accordion and sax. From cumbia to rock n roll, switching between English and Spanish, they provided a warm, intimate feel backed by a big sound, the set culminating in a rocking combination of their classic La Bamba (which the audience sang alone for an entire verse) and Good Lovin’.

Cumbia and swaying hips soon turned to toe-tapping boogie as ZZ Top took to the stage to a welcoming roar. A pair of cheeky, charming front men Billy Gibbons and Dusty Hill didn’t wait long to whip out their signature dance moves, guitar necks swinging in time. I’m Bad, I’m Nationwide and Cheap Sunglasses were both crowd pleasers, while a cover of Rock Me Baby was dedicated to B.B. King, who would also appear at this year’s festival. Celebrating their history – the same three men playing together for over four decades now, ZZ Top’s blues variations were delivered with such showmanship, a good dose of humour, some fancy finger work and Frank Beard’s (ironically the band member without an impressive beard) boogie rock beat. Never ones to disappoint, they swaggered through Sharp Dressed Man before the night was out, capping off a strong start to the festival.