Bluesfest 2010 wraps up its 21st Birthday with the world’s finest musicians and approx 80,000 fans

April 6th 2010 – Last night at the Tyagarah Tea Tree farm 12 minutes north of Byron Bay, five incredible days of blues and roots music from all over Australia and the world drew to a close, capping off a 21st Anniversary birthday party of infectiously good music and signature Bluesfest spirit.

So ends Chapter One of the New Bluesfest Era – bigger and better than ever
For the first time, Bluesfest was this year held on the beautiful surrounds of the event’s new land – the fully producing tea tree farm at Tyagarah just north of Byron Bay. That meant more space, more comfort, more camping (approx 6,000 up from 1,800 last year at Belongil) and a custom designed site with easier access between stages, food halls, bars, toilets, and amenities.

It was fitting that two Bluesfest artists have number one Australian albums more or less as they were hitting the stage! Last week, Angus & Julia Stone hit number one, and this week, perennial Bluesfest favourite, the Jon Butler Trio took out the number one chart spot.

Festival Director Peter Noble said, “It’s really satisfying to take Bluesfest up to a new level and rise to the challenge as we enter a major new era for the festival as a truly world class event. We like to think of Bluesfest as the alternative to the alternative. It’s about giving people that magical festival experience where needs and comforts are easily met, the organisation is planned in great detail so things flow smoothly, and so that a wide-ranging artistic feast nourishes music lovers on the deepest possible level – young and old, from anywhere on the planet.”

Something for everyone and then some
Many media commentators leading up to the festival were heralding Bluesfest 2010 as its best ever bill, and this delirious observation played out over 5 days of simply amazing music. It was such a rich variety of artists that everyone was bound to have a different favourite – which of course is part of the immense fun.

In the ‘body moving and hip shaking’ department, festival go-ers were treated to everything from Blue King Brown and Fat Freddy’s Drop, Bebel Gilberto, Ozomatli, Jools Holland & His Rhythm & Blues Orchestra, and Jessica Mauboy to name but a few.

Advertisement
Festival Director Peter Noble said, “What a range we had this year – our youngest musician was a 12 year old son playing in Johnny Green’s Blues Cowboys, all the way up to a couple of fabulous 85 year olds in Orquesta Buena Vista Social Club! As usual, some of the most passionate comments came from people raving about the new discoveries:

“The Snowdroppers from Sydney were one of the hits of the festival with their outlaw, punk blues. Country rockers Wagons from Melbourne were great fun. Justin Townes Earle blew everyone away with sublime songwriting, as did former Drive-By Trucker, Jason Isbell. Swamp legends Lil’ Band of Gold had everyone beaming, and Gogol Bordello with their gypsy punk madness were another hit of the festival. Young guitar slinger Kim Churchill was wonderful – a real star of the future. The Avett Brothers, with their spot on harmonies and great songs, were another band getting people excited. I could go on, but that would take five days!”

Of course spontaneous artist collaborations were on offer at Bluesfest 2010. Kev Carmody was joined by Troy Cassar-Daly, Dan Sultan and Natalie from Blue King Brown. Imelda May got up and sung with Jeff Beck, and who knows how many impromptu jams took place backstage!

Australia’s favourite ‘anti-pop festival’Festival Director Peter Noble said, “The greatest thing about Bluesfest is actually our audience which sets us apart. We tell people to bring their dreadlocks and their green awareness to what was recently described as Australia’s favourite ‘anti-pop festival’ by the media. You can be a part of the revolution alright, but don’t forget to dance, because you will be by nightfall!”

September 2009 saw Bluesfest recognised as an international winner in The Greener Festival awards, for the third year running, for its long term commitment to environmental and sustainability practices.

Peter Noble continued, “It’s a genuinely aware, globally united, anti-mainstream spirit and attitude – the musicians who play here get it – and the audience definitely gets it. Artists tell us all the time they love playing at Bluesfest. First Byron is a special place, second they love the level of sound production we offer, and third – they say our audience is among the most receptive in the world! Bluesfest is at heart a family event. We strive to be inclusive of everyone while remaining a festival that holds no more than 18,000 people per day (much less than most of Australia’s big festivals). That’s why we celebrate a diversity of cultures, ethnicity, musical spirit and genres. This is the lifeblood of Bluesfest, and everything we stand for.”

See you next year for the 22nd anniversary event – bound to be even greener, even more positive and an even more culturally and environmentally aware festival. Not to mention a very big dose of the world’s finest music! 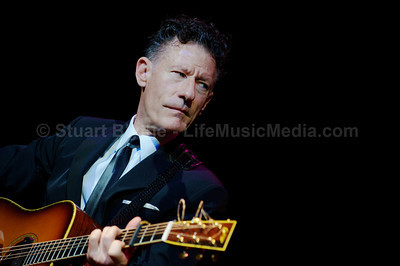