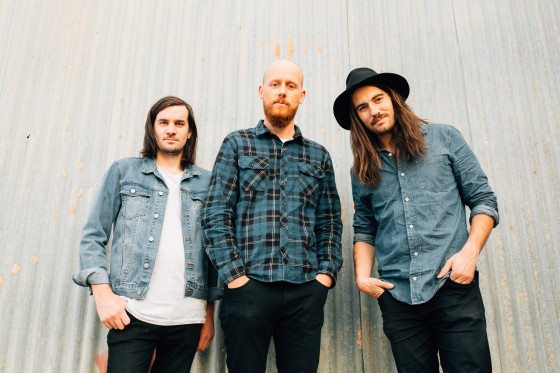 Adelaide’s Wasted Wanderers have had a busy start to 2016 and the release of new single In Your Fire is a sign that the band will not be slowing down anytime soon. This track captures the vibe of their energetic live show, while delivering a fresh take on the blues, rock and soul that unmistakably has been such a big inspiration to the group.

In Your Fire shows how the trio has settled into their sound, showcasing their ability to write unique yet relatable music. Good friends, folk sister duo Nikai are often seen lending themselves for backing vocals and this track is no exception. The addition of the girls helps create the beautifully layered harmonies the Wanderers have become known for. Enlisting Jackson Barclay (Sarah Blasko, Birds of Tokyo) to put the finishing touches on the track, the final product cements them as not only a hyped live act but also ensuring that their next release (due later in the year) will be highly anticipated.

In celebration of the single, the band will head up the East Coast, taking in some a few regional towns while looking forward to returning to some of their favourite venues. This year has seen them enjoy success at both WOMADelaide and Surfers Paradise Live, proving their incredibly broad appeal to audiences. No matter where you catch them, they are guaranteed to make you dance.