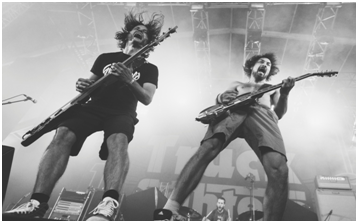 After a near sold out 2015 Australian tour Swedish Fuzz rockers ‘Truckfighters’ are bringing back the Fuzz.

The Trio have been a staple on the international touring circuit since their last trip down under with shows in Sweden, Germany, Hungary, Bulgaria, Austria, Switzerland, France, Netherlands, Belgium, USA, gracing the stages of major festivals such as Open Air, Hellfest, Pukkelpop, Frequency, Rock Im Revier, Free & East, Roadkill & more. Even with this jaw dropping list of ultimate festivals & performances the Truck fighters are psyched to be returning to the Land of Oz;

Truckfighters will be bringing their manic, sweaty all encompassing live show to the following venues. Make sure to get your tickets early as these shows will sell out.