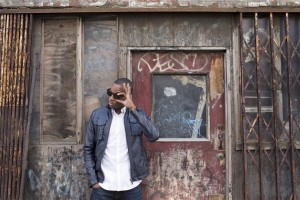 New Orleans based Trombone Shorty & Orleans Avenue are a hard-edged Funk band that employ Hip-Hop beats, Rock dynamics and improvisation in a Jazz tradition. The band has toured the U.S. and Canada, Europe, Australia, Japan, Russia and Brazil. Trombone Shorty began his career as a bandleader at the tender age of six, and toured internationally for the first time age 12 before joining Lenny Kravitz’s horn section at 19 for a 105-date world tour in 2005/06.

In 2010 Shorty’s album Backatown won a Grammy nomination and was preceded in 2011 by For True, which topped Billboard Magazine’s Contemporary Jazz Chart for 12 weeks. In 2012, he performed at the White House in honour of Black History Month with music royalty such as B.B. King, Mick Jagger, Jeff Beck, Booker T. Jones and Gary Clark Jr.

More recently, the band performed at the 56th Annual Grammy Awards and made guest appearances on Conan, The Tonight Show with Jay Leno, Jimmy Kimmel Live, Late Night with Jimmy Fallon, Arsenio, and Austin City Limits. Find yourself at one of his sideshows, and you will be in the thick of the endless party that follows TS&OA everywhere they play!

“One of the best entertainers out there, period. He’s an incredible horn player.” – Zac Brown, Billboard