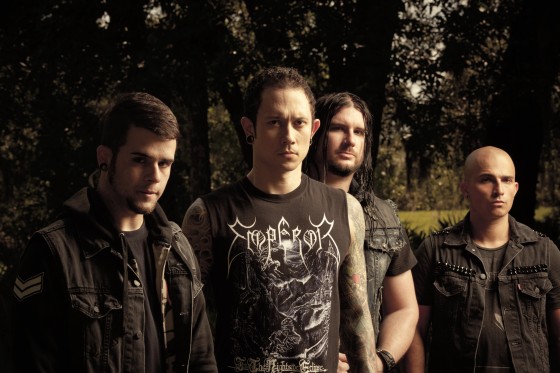 With a swag of awards and sold out stadium tours across the globe left in their wake, TRIVIUM will be returning to Australia this November with very special guests IN FLAMES.

Widely tipped for greatness (some prophecies come true!) after their successful sophomore release, ‘Ascendancy’ in 2005, Kerrang! declared it “the most skull-peeling collection of pulverising metal grooves and fretboard annihilation you’ll hear in a long time.” Four studio albums later, TRIVIUM are continuing their climb towards metal greatness with the release of their new album, ‘Vengeance Falls’. “Drawing together crunchy riffs, snarling vitriol, blistering shred-fests and stadium sized choruses it ticks all the boxes.” – Alternative Press

IN FLAMES has proven to be an unstoppable force in heavy music and have proven time and time again that they refuse to stand still. From the first opus in 1994 entitled ”Lunar Strain” to their new album ”Siren Charms”, the Swedish forefathers of Death Metal has risen to great heights in music history. They continue to take risks, push boundaries and challenge themselves and sees them “taking their game several steps forward, leaving both imitators and naysayers far behind.”

Tickets on sale Thursday 18 September, 9am local time and with no extra shows planned you have been warned!