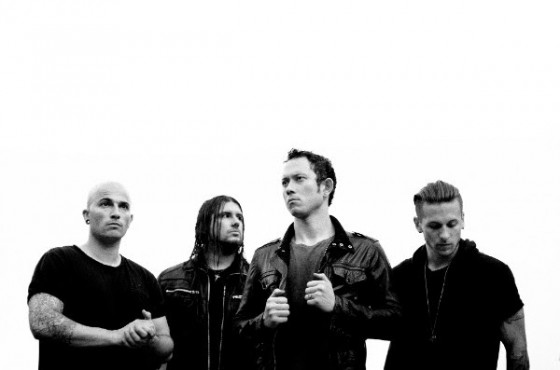 The much anticipated return of US metal monoliths TRIVIUM is but one week away now, and promoters have revealed a series of quality local openers for the tour, complementing already announced main support ORPHEUS OMEGA.

Primed and eager to tread the boards alongside one of the most significant and exciting names in modern metal will be a selection of curated local acts. Melbourne scores prog-metal up’n’comers Orsome Welles and the popular Envenomed. Sydney gets energetic melodic hardcore act Polaris. Brisbane will include death metal maestros Eternal Rest, whilst Fremantle and Adelaide will catch Make Way For Man and Dyssidia respectively. All awesome ambassadors for our thriving local metal scene.

There’s no doubt this tour will yield will be one of the most thrill inducing live metal experiences to be had on Australian shores this year. More shows are on the cusp of selling out, so be decisive and head to tickets.destroyalllines.com immediately to secure tickets.
*** ****

Following last week’s addition of a second and final Melbourne date due to popular demand, US metal monoliths TRIVIUM have revealed that Melbourne melodic death stars ORPHEUS OMEGA will support on all Australian shows.

Adding another enticing dimension to this epic April tour, Orpheus Omega have been garnering both critical and popular acclaim for their unique brand of melodic death metal for nigh on a decade. Pushing the boundaries of their genre across their three studio albums and on-stage, the quintet are deeply respected in local metal circles, and recently pounded themselves into fighting live shape on tour supporting acts the like of Eluveitie, Children Of Bodom and Soilwork.
**** ****

*** 1st TOUR UPDATE ***
Much adored metal monoliths TRIVIUM have predictably sold out their forthcoming Melbourne date weeks in advance. To satisfy dedicated local fans the US act have announced a second and final Melbourne date on Tuesday April 12 at 170 Russell. All shows are on sale now, and moving fast.
*** ***

With a swag of awards and sold out stadium tours across the globe left in their wake, we are thrilled to announce that US metal monoliths TRIVIUM will be shredding across Australia this April.

Widely tipped for greatness (some prophecies come true!) after their successful sophomore release, ‘Ascendancy’ in 2005, Kerrang! Declared it “the most skull-peeling collection of pulverizing metal grooves and fretboard annihilation you’ll hear in a long time.” Five studio albums late, TRIVIUM are continuing their climb towards metal greatness with the release of their new album, ‘Silence In The Snow’.
“Silence might be remembered as the moment Trivium secured their status as modern metal great..” – The Guardian