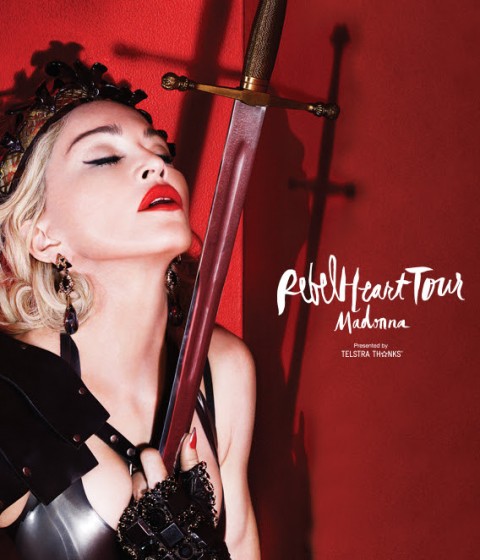 Live Nation announced that due to scheduling changes, Madonna’s Brisbane concert dates previously scheduled on Saturday, March 26th and Sunday, March 27th will move ahead one week with the revised dates changed respectively to Wednesday, March 16th and Thursday, March 17th. There is no change to the venue which remains the Brisbane Entertainment Centre.

Tickets for the Brisbane concert previously scheduled on March 26th will be valid at the Wednesday, March 16th event.

Tickets for the Brisbane concert previously scheduled March 27th will be valid at the Thursday, March 17th event.

Current tickets are valid for the corresponding rescheduled dates and do not need to be exchanged.

Any ticket holders unable to attend on the new rescheduled dates must contact Ticketek before 5pm on Monday February 1st, 2016, to arrange a full refund (including your ticket insurance premium, if relevant). Visit Ticketek on www.ticketek.com.au or call 132 849 for more details.

There are options for fans that have purchased flights with Live Nation partners Qantas and Jetstar with a Qantas Group spokesperson saying, “Qantas and Jetstar are offering Madonna fans the opportunity to change their flights without incurring fees. Changing your booking is quick and easy, ring 13 13 13 for Qantas or 131 538 for Jetstar or contact your travel agent.”

For complete tour and ticket information, visit: www.Madonna.com and www.livenation.com.au.