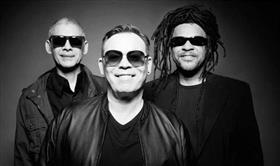 One World Entertainment are pleased to announce the return to Australia of one of the world’s greatest reggae bands, UB40. With their distinctive sound and multitude of hits that have topped the charts across the world, the much-loved group will commence their tour in Perth on December 5th, before stopping in Brisbane and Sydney, and finishing in Melbourne on December 11th as part of their current world tour.

UB40 are Britain’s greatest reggae artists and have survived more than 30 years in the music business and have clocked up more than 40 million record sales worldwide with songs like Kingston Town and Red, Red Wine.

The summer of 1978 saw the eight members of the Birmingham band, soon to become UB40, drawn together by their love of Jamaican reggae. Taking their name from a notorious British unemployment form, the band played their first local gig in Birmingham in 1979, and spent the rest of the year performing at pubs and clubs around the UK.

British radio legend John Peel was so impressed with the group’s first demo tape that he invited them to perform on his Radio One show in 1980. At the same time, the band were also asked to support The Pretenders on their triumphant national tour.

They released a Top 5 single in the UK in February 1980 and, in 1981, released a brace of albums, ‘Present Arms’ and ‘Present Arms In Dub’. Their breakthrough came with the hit single, ‘Red, Red Wine’. The song topped the British singles charts in 1983 and, after renewed promotion following the 1988 Nelson Mandela Concert at Wembley, the single reached the number 1 spot in the US.

Touring America and Canada in 1985, the group celebrated another hit single with ‘I Got You Babe’, recorded with Chrissie Hynde of The Pretenders. In 1986 they finished ‘Rat In The Kitchen’, and further recording in 1987 and 1988 was complimented by a world tour.

1993’s platinum selling album, ‘Promises And Lies’, spawned the hit ‘Can’t Help Falling In Love’, which topped the U.S. pop chart for seven consecutive weeks. The subsequent tour culminated in a series of shows in South Africa, with them dedicating their anti-apartheid anthem, ‘Sing Our Own Song’, to President Nelson Mandela.

The band’s initial line up lasted for 30 years from the band’s formation in 1978 until front-man Ali Campbell’s departure from the band in 2008. Since that time, two other founding members (Mickey Virtue and Astro) have also left the band, and the trio of Campbell, Virtue, and Astro have since formed UB40 again. These three founding members are now embarking on a huge world tour, which the fans have been crying out for, playing all the hits and new tracks from the forthcoming album, which will be released later in 2014.

This is a show not to be missed for lovers of Reggae and Caribbean music.

Visit http://www.ub40.co.uk for all tour updates