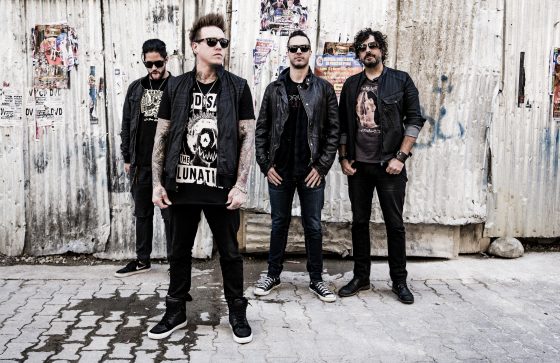 USA alternative rock band Papa Roach confirm their first ever headline shows in Australia for January 2018, first stopping in Brisbane before taking to the stage for two nights in a row in both Melbourne and Sydney..

Papa Roach have performed previously on Australian shores in 2002 as support to Red Hot Chili Peppers and returned again for Soundwave 2015.

The band is currently on a sold out headline tour of Europe and they are excited to see their Aussie fans for the first time for their own headline shows.

Papa Roach has released 20 top 10 hits in their home country including Last Resort, Scars, Forever, Face Everything and Rise, Gravity and HELP.

Commenting from Europe, lead singer Jacoby Shaddix said, “this is the first time we have been able to bring our show to the people of Australia. We know that Aussies are some of the best fans in the world and we have not been able to tour there as much as we had hoped but our label Sony convinced us that we had to come over and start the process to build our base and we are more than ready for the challenge. The internet has been a great tool and our fans are still finding us through youtube and now spotify helping us regenerate our audience after nearly 20 years as a band. Our streaming numbers are pretty undeniable and they are growing rapidly.”

“We’re stoked to see the love from our Aussie fans. Our goal was to get a couple of shows in and hang out with our fans on a short stop-over to promote Crooked Teeth” said guitarist Jerry Horton, “We’ve been humbled by the passionate response.”