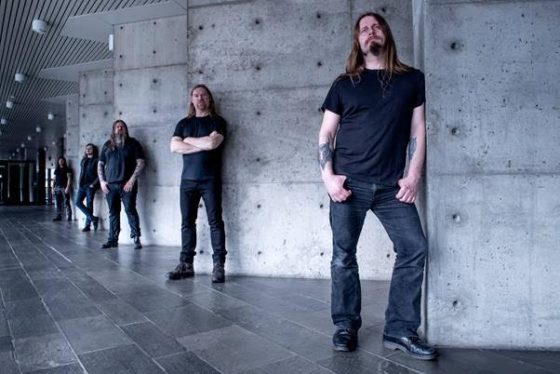 The Viking gods of progressive black metal return to herald the coming of Spring along Australia’s East Coast this August.

Fresh from delivering the outstandingly heavy powerhouse of an album ‘E’, ENSLAVED are bringing the brutal beauty of their doom-laden drums and sledgehammer guitars to deliver a glimpse of metal Valhalla in the blood pounding manner that only they can.

“Grutle Kjellson growls and rasps to a deceptively wide range while his bass stomps through the Concert Hall. The music is magnificent, with ten minute songs vanishing in what feels like a matter of seconds.” Hellbound – Feb 2018

As well as the Norse magnificence of new works “Sacred Horse” and “Storm Son” fans will be treated to epic songs from throughout the band’s outstanding career including such intense classics as “Roots Of The Mountain”, “Vetrarnótt” and “Isa”.

“In their twenty-seventh year as a band and touring in support of their fourteenth studio LP, they have not lost one ounce of inspiration, energy, or excitement.” Heathen Harvest – March 2018

The last time ENSLAVED toured Australia it felt like the closing of a chapter. Instead of winding down however, the band have found new inspiration, and this re-energised ENSLAVED is truly something to behold.

“With the dual guitar combinations of Ivar Bjørnson and Arve Isdal creating plenty of hard-hitting riffs to keep the crowd enthused, Grutle Kjellson‘s shrieks were completely mesmerising. It takes a huge challenge for progressive metal bands to deliver memorable performances but ENSLAVED raised the bar and showcased why they are a leader in extreme metal.” Distorted Sound

Don’t miss what are guaranteed to be ENSLAVED’s finest Australian shows ever.

“I have seldom seen more ecstatic fans than at this ENSLAVED show. ENSLAVED are as energetic, boundary pushing, dark and heavy as ever, embracing their history and thundering into the future.” Metal As Fvck” 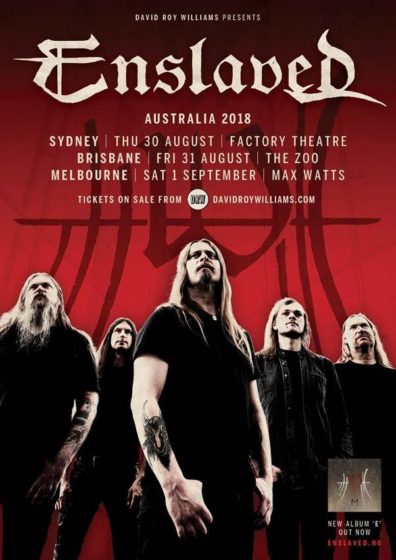