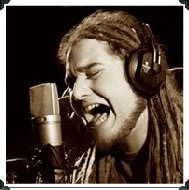 Capturing the hearts and minds of the nation, multi-instrumentalist and singer/songwriter Dan England has built a solid fan base everywhere he performs. After his highly publicized stint on commercial television, the former reality television star is now a fully-fledgedmainstay of the Australian music scene.

Since his start on Australian Idol, Dan England has toured with the likes of Shannon Noll, and written songs with Tim Henwood (Super Jesus/Androids/Rogue Traders) and Jelly Fish (Soul Asylum/Pulp/ George), released ‘Reason to fly’ which received ample airplay and both a mini-album and EP.

After taking a time out after his wildly successful ‘A Year on the Road’ tour (which incidentally lasted 15 months) to concentrate on writing, Dan England is back ‘on the road’with his trademarked dreadlocks and husky smooth voice showcasing his latest offerings. Touring with none other than Mr Clint Boge (formerly of The Butterfly Effect), this run of special dates will feature tracks from Dan’s yet to be released EP, and a collaboration between two of Australia’s truly unique performers in some of the country’s most intimate settings.

Don’t miss Dan England previewing tracks from his upcoming EP with Clint Boge touring nationally from August to October 2012. See the below dates for more details.