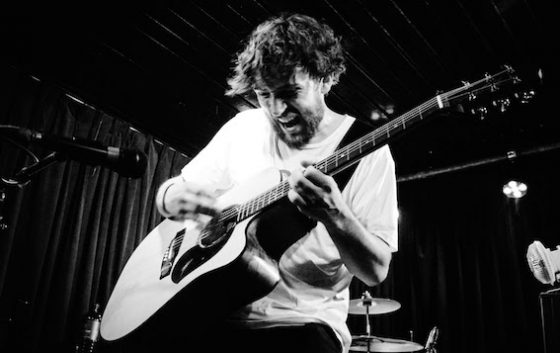 After playing his heart out all over WA and supporting the likes of Ash Grunwald, Tijuana Cartel, Seth Sentry, Mat McHugh and OKA, Perth’s Ben Catley is currently riding high on his AA side release Strong Hands/OpenSkies (recorded by Matt Gio – Birds of Tokyo, San Cisco, Illy).


With the frenetic roots stomp of Strong Hands scoring spins on triple j’s Roots N’ All (along with an abundance of other radio support), Open Skies flips the dynamic and effortlessly cruises into relaxed coastal territory, while providing a summery bounce that almost suggests transporting the listener from wherever they are to wherever they would rather be.

Lyrically, the song touches on a simple theme of always trying to keep relationships and conversations honest, reminding us that even the little white lies can get us in trouble. Ben says of the track, “I’m so proud of this song, it took me a while to be comfortable in order to play it live due to the over-the-neck style guitar playing, foot-stomping and singing all at the same time.”

After a successful late August hometown launch, a UK tour (inc. Lindisfarne Festival and BBC1 coverage), plenty of surfing in Portugal and September WA shows with good pal Luke Fox, Ben Catley shows no signs of slowing down as he begins 2018 with a tour of Queensland.