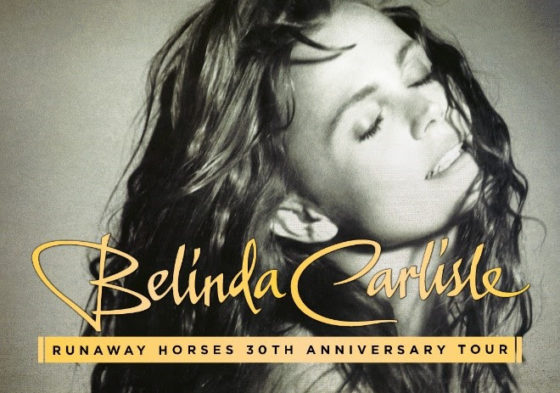 Abstract Entertainment is proud to announce a 2nd Melbourne show for Belinda Carlisle during her 2019 tour.

‘Runaway Horses” was released in 1989 and reached #6 on the Australian album charts. It featured the hit songs “Leave a Light On”, “Summer Rain”, “Vision of You” and “La Luna”.

Belinda’s rise to fame started when The Go-Go’s formed in 1978, and recorded a number of hits including “We Got The Beat” and “Our Lips are Sealed” before breaking up in 1985. At this time Belinda embarked on her hugely successful solo career and released her first solo album in 1986. Her second album “Heaven on Earth” produced the world wide hit “Heaven Is A Place on Earth” which became a number one in both the US and UK charts and number two on the Australian charts. Another top 10 hit followed with “I Get Weak”.

Pre-sale from 2nd July and general on sale from Thursday, 5th July
Tickets available via ticketek