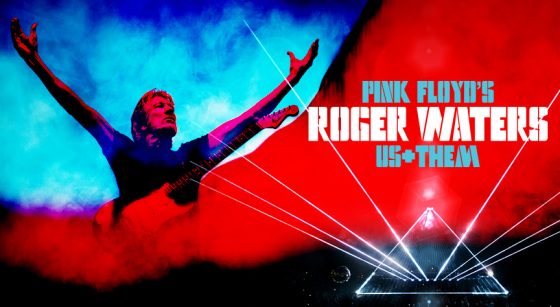 Rock icon ROGER WATERS will bring his critically acclaimed US + THEM tour to Australia in February 2018, touring here for the first time since his phenomenal The Wall Live broke sales records in 2012.

Currently underway in North America, the tour has garnered rave reviews – hailing as a triumph the “eye-popping” production and the “spectacular” set-list drawn from classics in the Floyd canon and from Waters’ solo work.

Roger Waters’ legendary live performances are renowned as immersive sensory experiences featuring high class, state-of-the-art audio/visual production and breathtaking quad sound. Us + Them is no exception: following months of meticulous planning and visionary craft, it will inspire audiences with its powerful delivery.

Us + Them showcases highlights from Waters’ groundbreaking body of work and features songs from Pink Floyd’s greatest albums – The Dark Side of The Moon, The Wall, Animals, Wish You Were Here – plus new songs from Roger Waters’ album “Is This the Life We Really Want?” which recently debuted at No. 7 on the ARIA Albums Chart.

The tour title Us + Them is derived from the 1974 track “Us And Them” on the multi-million selling Pink Floyd album The Dark Side of the Moon and has been hailed as the last great Pink Floyd spectacle.

Roger Waters – Us + Them will commence in Sydney’s Qudos Bank Arena on February 2, 2018 followed by arena shows in Brisbane, two nights in Melbourne, Adelaide and concluding in Perth.

Tickets go on sale at 10am (local time) on Friday, September 8.

Telstra Thanks is bringing an exciting 48-hour pre-sale just for Telstra customers from 9am on Monday, September 4. For more information on how to purchase, visit: telstra.com/music.

Critics everywhere the tour has played have hailed the production:
“Waters promised a tour with some “new things,” and plenty of spectacle, and he delivered on both accounts.” Tulsa World

“Saturday’s show was one of the best I’ve seen.” News & Tribune

“Many of the songs Waters performed … are more than 40 years old but hold contemporary relevance in today’s fractured political landscape.” The Kansas City Star

Roger Waters Us + Them marks the artist’s first tour since The Wall Live (2010-2013), his sold-out world tour which was seen by more than four million fans globally at 219 shows and remains the highest grossing tour by any solo artist in history.

ROGER WATERS US + THEM

TICKETS ON SALE FROM 10AM, FRIDAY SEPTEMBER 8.
Telstra Thanks pre-sale: 9am on Monday, September 4 until 9am, Wednesday September 6.
ALL TIMES ARE LOCAL TIME