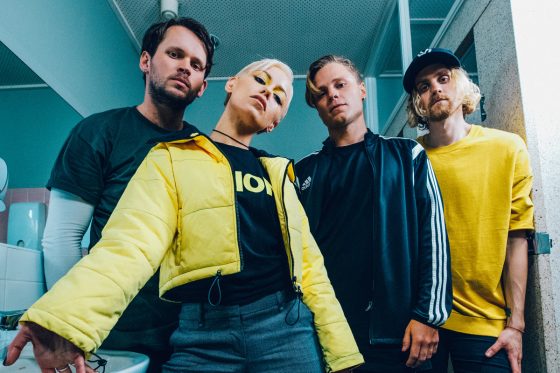 Tonight Alive is celebrating the release of the music video for their latest single “Disappear” today. The super-charged track features Lynn Gunn (PVRIS) and is the third single from their upcoming album Underworld, set for release on January 12 via UNFD.

On the track and collaboration, singer Jenna McDougall shares” “Disappear is a song about the escapist inside all of us. As you can expect from Tonight Alive, the lyrics discuss freedom, but this time with a flavour of anonymity and detachment. Disappear was written with the intention of sounding neither like Pvris or Tonight Alive, and aimed to capture the sonic imagery of a long straight highway out of your comfort zone.”

“Disappear” premiered earlier today as Annie Mac’s Hottest Record on BBC Radio 1 and joins previously released videos for “Crack My Heart” and “Temple”. The lead single from the upcoming release, “Temple”, was shared with fans earlier this spring and was added to triple j rotation, earning the title of the #6th most played song on the station in late November.

Underworld is available for pre-order via 24Hundred and iTunes.