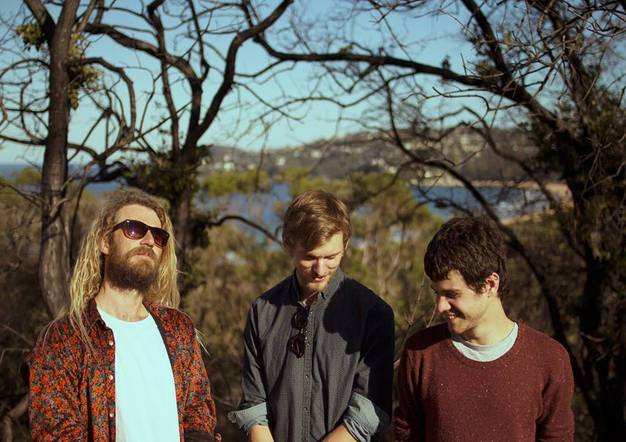 Combining driving percussion evocative of Suburbs-era Arcade Fire, a perfect marriage of jangly guitar with soaring vocals, and contemplative lyrics, Tin Sparrow’s new single ‘Echoes In The Dark’ quickly (and deservedly) jumped to rotation on both triple j and FBi Radio. Now, the trio return with a visual accompaniment to the track.

Just as the song does, the video taps into the notion of memory, exploring the fragments of time that remain with us once we’ve left everything else behind. People and places may bring up reminders of the past, but thankfully, memories fade until they’re, as Tin Sparrow sing, only an echo in the dark.

It took a step back from the Sydney trio to propel themselves forward. Their third EP Shoelace Ring – put together in tranquil regional Victoria after a time of travel, surfing, and reflection – sees a newfound creative clarity that is clearly showcased on their latest single, ‘Echoes in the Dark’.

PRAISE FOR ‘ECHOES IN THE DARK’

“Simplifying their style (the band themselves admit “maybe we lost our way a little bit”) and refocusing on what they do best – creating their own passionate form of infectious indie rock.”
– Rolling Stone Australia